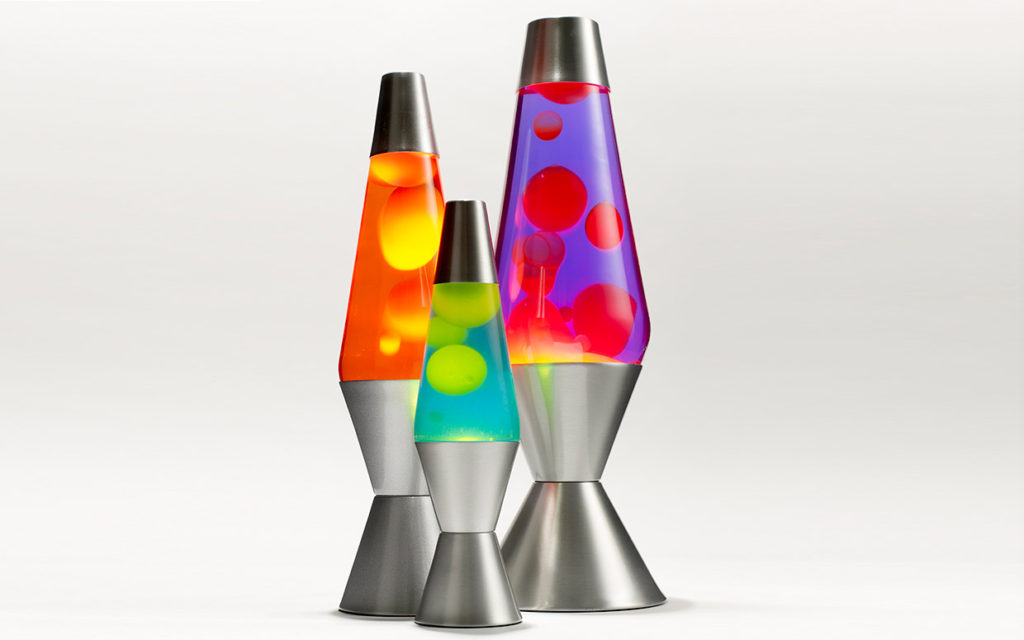 Lava lamps have been glowing in people’s homes ever since they were invented in 1960’s in the United Kingdom. The inventor, Edward Craven Walker, took particular interest in the way two contrasting liquids behaved together inside a container and strived to learn their properties. Several years later, he released the first lava lamp known as the Astro Lamp. A lava lamp consists of an incandescent light bulb and two liquids, a mixture of carbon tetra-chloride with colored wax and a clear liquid, enclosed within a glass container. The key to how lava lamps work is the incandescent bulb giving off heat causing the wax mixture to become less dense than the liquid and rise up. As the wax mixture reaches the top, it cools down and sinks back towards the light bulb in which the process continues. Ultimately, the lamp is not considered a good source of light, rather the randomness of the wax mixture inside creates a mesmerizing aesthetic that captivates people’s interests.

The advertisement above shows how placing a lava lamp in certain locations can help create a stimulating and friendly atmosphere providing a feeling of sophistication.

This is an early prototype of the modern lava lamp.

This is the patent picture of the lava lamp invented by Edward Walker.

This describes the physics of a lava lamp showing how the two liquids interact with the heating element.

This is a lava lamp that I have in my home. This picture shows the unique behavior of the wax mixture minutes after turning the lamp on.

As you can see, lava lamps come in numerous sizes, shapes, and colors. Some even have glitter in them!