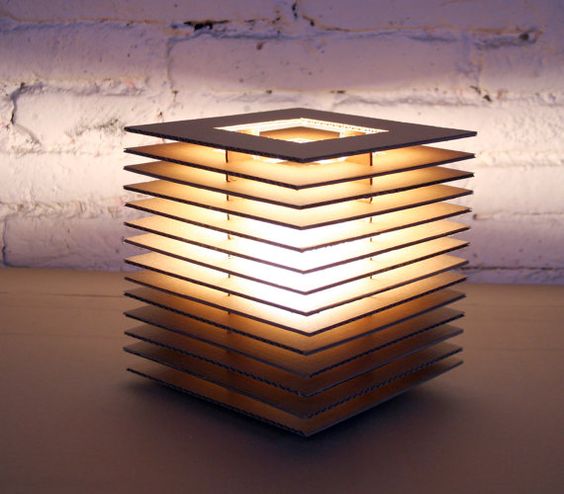 I wanted to think of other ways to expose the inner “support” material that is the middle layer that makes up a cardboard. Out of necessity and curiusity, I googled cardboard lamps and to my suprise, there were numerous results that appeared. The two examples that I connected with the most are the two following images: