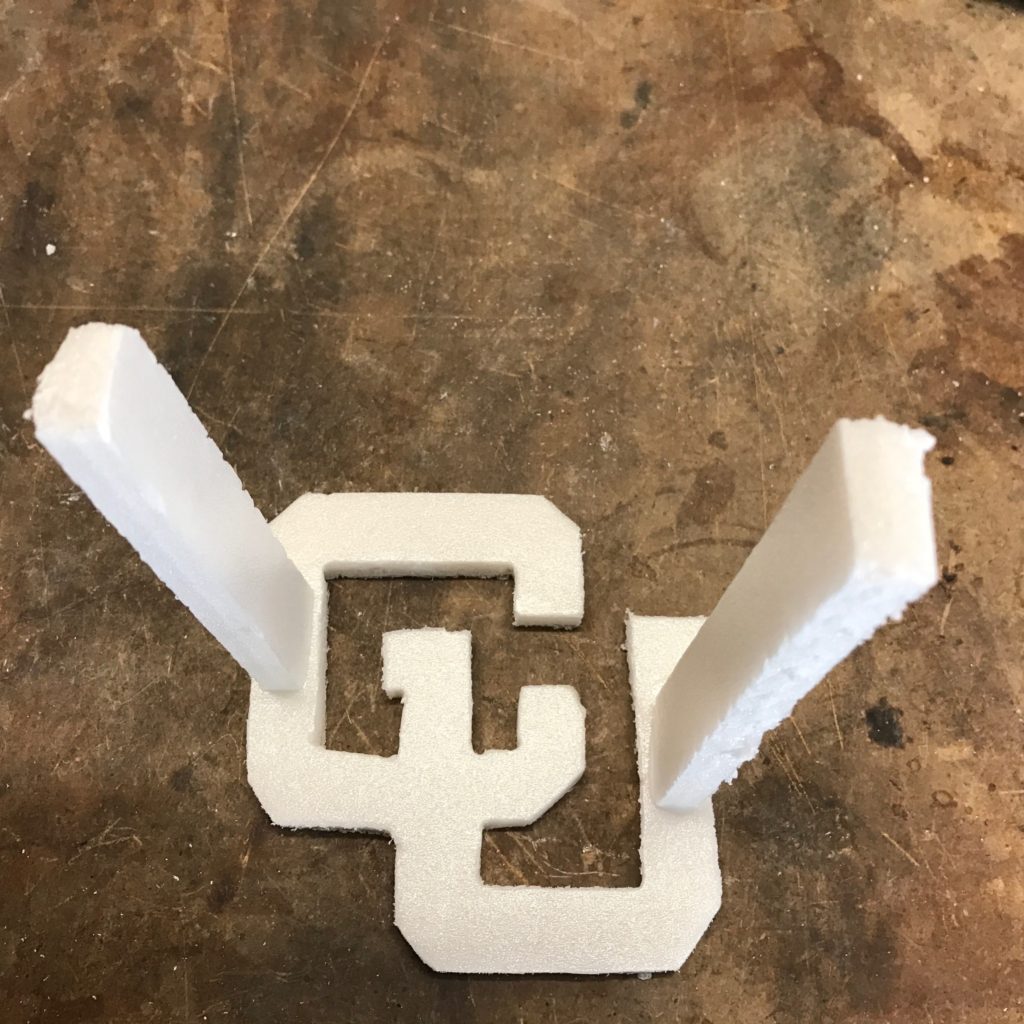 For my upcycle project, I will be melting down brass shell casings and casting a new shape using the lost foam method. I began the iterative design loop with this idea in mind but there so many different possibilities for where I could take the project. Sketching a few shapes I thought would be cool to cast really helped me to think about what shape I wanted to try. I really wanted to cast brass knuckles but after some research discovered they are illegal to own in Colorado so that probably wouldn’t be a good school project. After a little more thought I narrowed it down to a logo made up of a letter or two. Casting a giant brass “R” to resemble my first name would be interesting but I finally concluded to create the CU logo. I am excited to cast this and polish the brass so it has a real shiny gold appearance resembling our school colors.