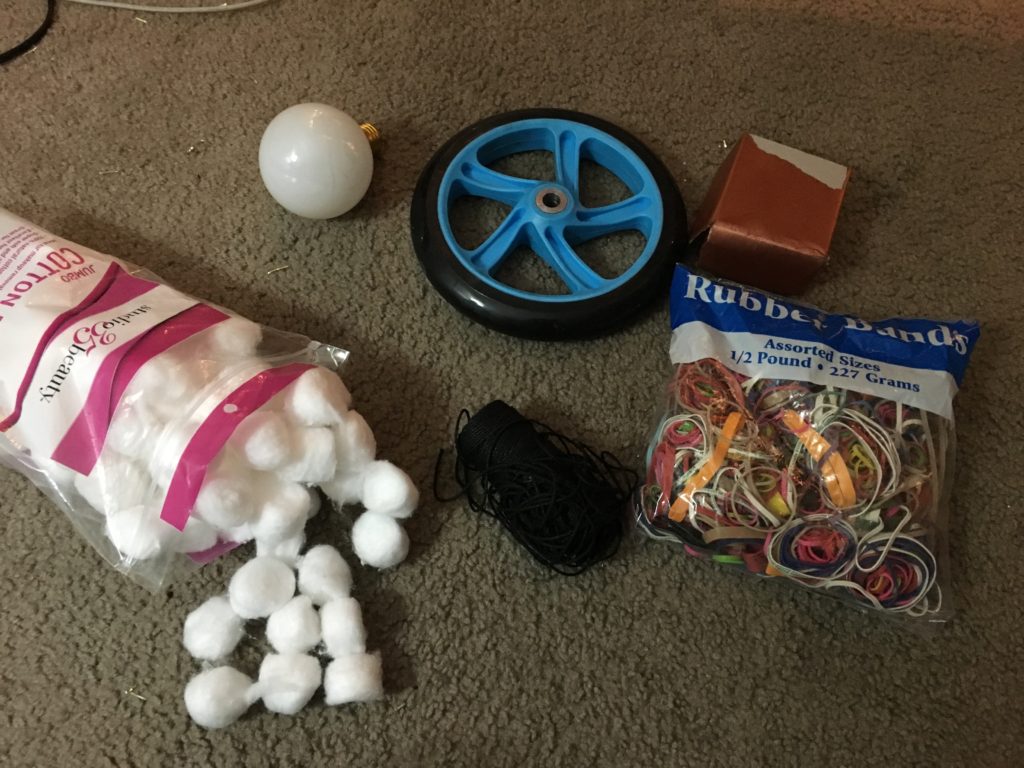 When I finally decided to create a sort of Steampunk-style jellyfish, I classified it as something whimsical that I could experiment with the design of. The featured image above displays all the materials that I began designing and building with. I had ideas for what I wanted to do to create structural integrity. I had ideas for what I wanted to do to create the appropriate aesthetic at first glance. However, I came to find that not all things worked quite as well as I thought they would. So I began with the prescribed design loop on the left below, expecting to at least roughly follow it. Although I did roughly follow it, there were some modifications made shown in the loop on the right. These changes account for the iterative design process of just starting to build upon something and then realizing that it wasn’t what I thought it would be.