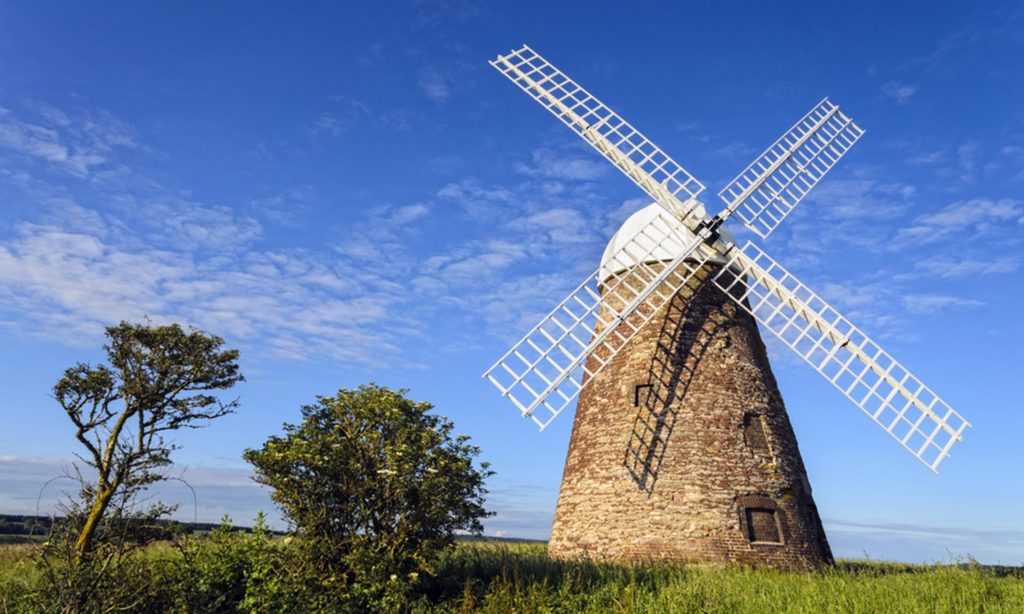 For my project, I am building a miniature windmill to put in my backyard. The windmill will be approximately 4 to 5 feet tall, and will look like the classic windmills that used to cover the countryside. The inspiration for this project was a windmill I saw in my hometown in Georgia growing up. I always thought it had an iconic look to it, and I wanted to created something that mirrors that feel, albeit on a smaller scale.

The aesthetic that I am trying to achieve with this project is the classic countryside/rural look. Windmills were historically used by farmers to mill grains and usually dotted the landscape while having a very distinctive look. They were generally constructed the same way as houses in the same era, meaning that the exteriors were usually made out of the materials available at the time. This means a lot of stone and wood and other naturally attainable materials. The best way to mirror the desired aesthetic would be to make it resemble the traditional design as much as possible and scale everything down to the size of the project. I am planning on making a base that is either made out of brick or stone, and the blades will probably be made out of wood with a fabric covering. The blade part of the structure will likely be mounted to the base using a pinion through the middle of the component that is attached to the base so that it can freely rotate.

For my proof of concept/initial prototype, I decided to build a model out of cardboard, mainly to get a feel for the size of the windmill, rather than the functionality. The base of the windmill was 4 feet tall, and the blades were 3 feet in diameter. The blade was able to spin about a wooden drumstick that I mounted to cardboard tube to allow it to rotate.

One other consideration with my project is that I want the windmill to serve some sort of alternate purpose besides spinning according to the speed of the wind. One of the ideas that was suggested during my design review was to include lights on the edges of the blades. I really liked this idea, and LEDs would likely last a long time, so that would eliminate the requirement of converting the wind energy to electric power.