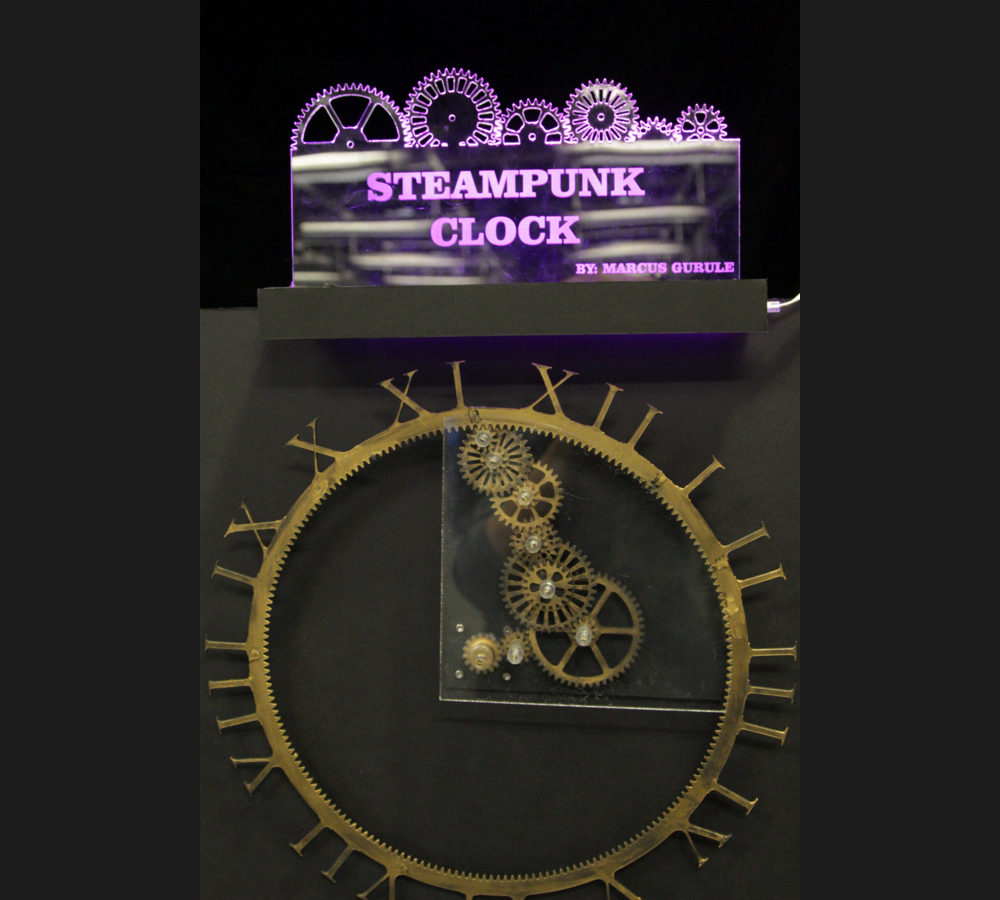 Why and what next?

Originally my inspiration was to create a steampunk inspired interpretation of a clock. This clock was to work a little different than a standard clock in that instead of the hands moving around the clock to tell the time, the numbers would actually rotate around the clock. To tell the time you would simply read what is vertically straight up. Sticking with the aesthetic I wanted the gears to look like they were either gold or brass and that look like they were pulled straight off of heavy machinery. Using the weathering technique of spray painting a black base coat and using “Rub N’ Buff” I was able to make the plastic look like metal.

At first the public needed a brief explanation as to what was going on when they first looked at my project. Once I gave a brief overview of what was actually going on and the aesthetic that I was trying to accomplish everyone seemed to enjoy the project. Some people even asked me how long it took me to machine all of the gears which was a huge compliment because I was able to pull off the aesthetic that I was going for only using plastic.

Since I did have to do a little bit of explaining in the beginning on how to read the clock I think that it would be more useful to add an arrow to indicate where to look to tell what time it actually is.

Things to do Differently

The motherboard and power supply that I used was far more advanced than I needed to just control one stepper motor. The motherboard that I used is intended to be used for a 3D printer. In the future I would like to get a smaller chip to control the motor that would allow me to make the clock more portable and also the possibility of being able to hang it on the wall.