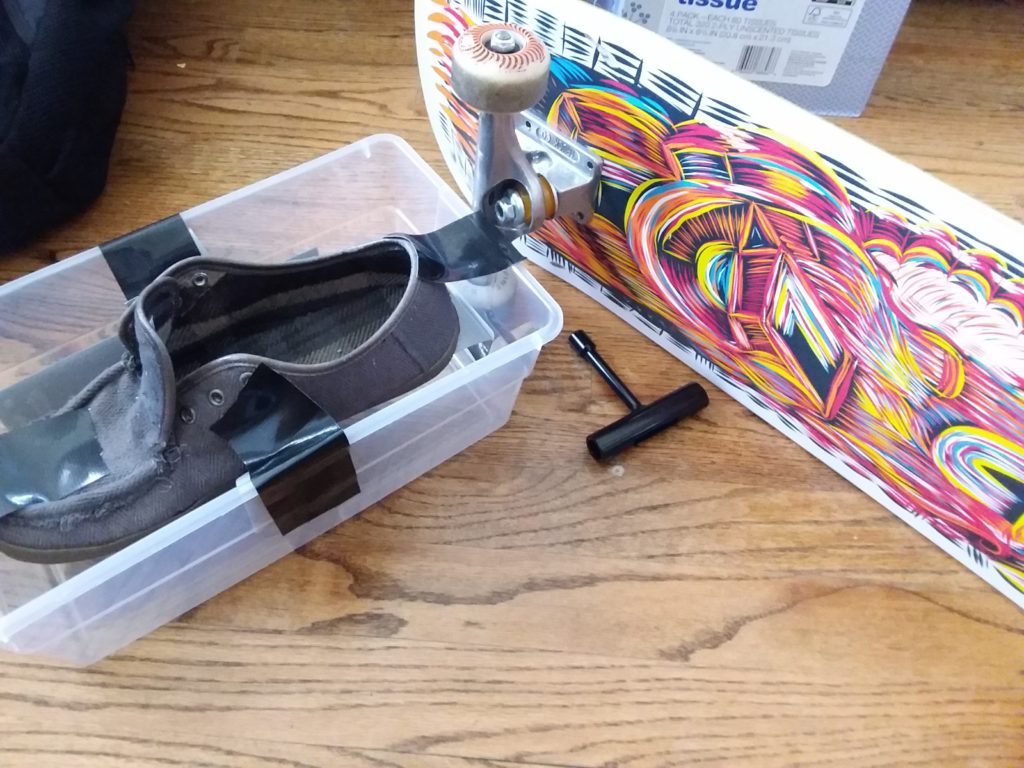 After the first critique of the MoonSkate, I was left with the problem of figuring out how to integrate braking. My classmates suggested I add brakes similar to those found on rollerskates, however that was not possible due to the elastics inherent. Due to that limitation, I was not able to create the product as I imagined it to be: a fun yet safe child’s toy that would encourage children to pick up skateboarding by allowing them to trampoline while moving. Clearly, safety was at the back of my mind during ideation.

The public reacted as I expected. People remarked that it was a ‘cool idea’ but it was too dangerous to allow for normal use. Due to my ego, I was not ready to relinquish my idea just yet. Instead, my final product became an artistic statement. Since I adopted a ‘grunge’ aesthetic: an art form that focuses on bringing out the dirtier, unkempt side of things, the statement was more about the dangers of skateboarding rather than the fun of it. Since I added graffiti to the sides, I told a story about how skateboarders tend to live on the streets. And the usage of duct tape as a material for the foothold explains the rather haphazard DIY mentality skateboarders have.

Moving forward, I hope to keep the project around as an ironic art piece. I do not plan on expanding on the sculpture as I would ruin its symbolism as a result of improvement. I wish I had done more research on product design but when I had realized my project was counterintuitive, I decided to commit fully.