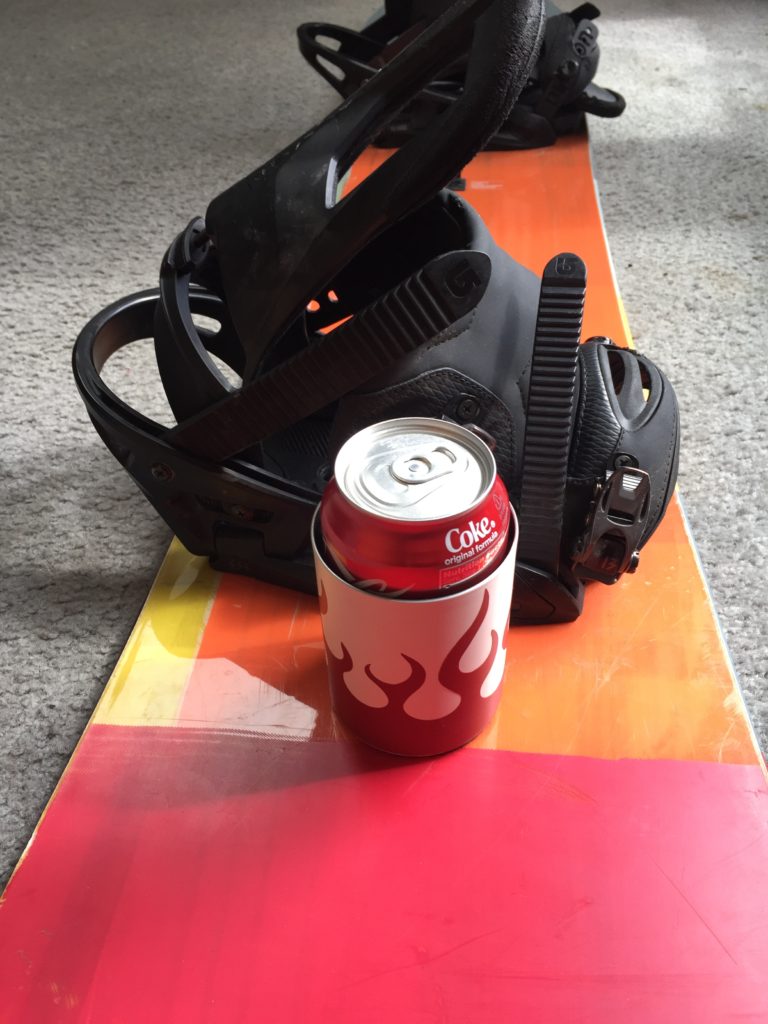 For my final project, I made a cup holder for my snowboard. I chose this project because snowboarding is something I love to do, and this product would enhance my overall snowboarding experience.

I started with concept sketches to try to flush out what aesthetic I was going to use. Below are some concept sketches, but ultimately I chose a fire/element aesthetic and will include cut-out flames attached to the side of the cup holder to act as streamers so it would flap in the wind as I ride.

After choosing an aesthetic, it was time to build a prototype. The goal of the prototype was to get the sizing of the cup holder right and to see what the streamers would look like. Shown below is my prototype made out of cardboard and paper.

Next was to order materials that I could use to make this project. I bought a toothbrush holder from IKEA for $15 and a pack of four channel insert screws from Ebay for $25. The toothbrush holder will serve as the primary cup holder and the screws are used to attach it to my board. Also, included in this project is a vinyl sticker consisting of flames to attach to the outside of the cup holder to match the fire aesthetic. Below are the materials I used.