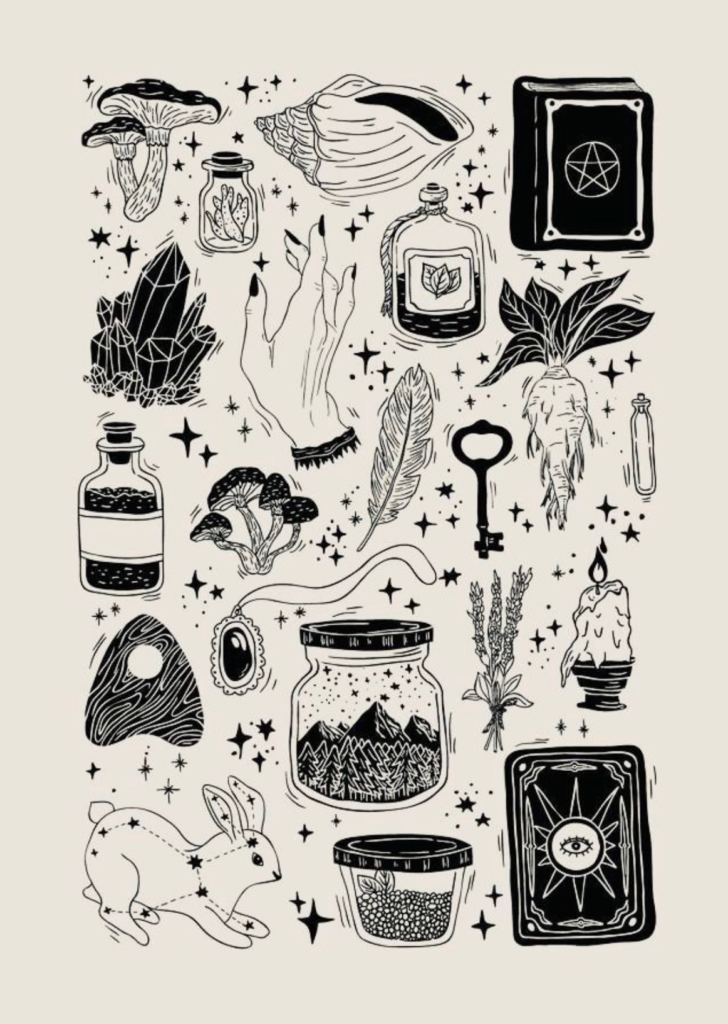 When tasked with writing about an aesthetic, I did not have to look much further than my own Pinterest. I use Pinterest to collect images that I am interested in recreating or ones that I simply like to look at. The board that I went to was the one named “i want to know what your insides look like”, a quote taken from one of my favorite movies, “Silence of the Lambs”. If you couldn’t tell, I love horror films and I love Halloween.

Halloween is easily my favorite holiday. I spend hours on my costumes and throw a party for all of my friends with themed food and drinks. In addition, I watch horror movies all year long. My love for horror movies was started by my family when I was at a young age (arguably too young but a bit of trauma is good for the soul). My family loved watching classic horror flicks such as “Halloween”, “Friday the 13th”, and “Nightmare on Elm Street”.

The most difficult part of writing about this aesthetic is characterizing the style of art. I believe that the art style was influenced by the traditional style of tattoos which is created by artists such as Ed Hardy and Anthony Low. This style focuses on bold colors and bright lines and takes inspiration from vintage pinup models. The style that I am focusing on, however, does not make us of bright colors. Due to the dark nature of the images shown, the colors are often limited to black and white or some variation of white.

The traditional art style began in the twentieth century and represents the American culture, which at the time were the majority of the people who were looking to get tattoos. The invention of this style is linked with the invention of the tattoo gun, which allowed artists to create these images on the skin. Norman Keith Collins (also known as Sailor Jerry), is thought to be the original artist that defined this style. His art helped to create new pigments and aided in technical changes in the tattoo gun at the time. He also began to experiment with the Japanese style of traditional tattoo art. Other artists, such as Gus Wagner and Bert Grimm took over during the last century and continued the themes of patriotism in the style.

Popular images to be drawn in this style are devils, skulls, daggers, and snakes. Many of these are related to the “spooky” aesthetic which I am studying and have influenced the designs that I am looking at for this blog post.

The images that are drawn in this style often relate to astrology. For example, the image of the constellation of the rabbit and the tarot card. In addition, many images show classic tropes of halloween such as skeletons, pumpkins, and witch’s hat. Some images are funny, and some are designed to make you think. For the most part, all images neglect to use any kind of shading.

The images that I am attracted to do not attempt to show depth and if they do, it it represented using lines. The reason that I save images of this type is that I like to draw in my free time and I can use these images as inspiration. I often use India ink and a thin brush to make my drawings, so the bold lines and black and white images are good for me to try and replicate.

Overall, this art style reminds me of my favorite time of the year and the holiday that I look forward to every year. I am excited to be able to categorize this aesthetic better as the class goes on and learn more about how it came to be.