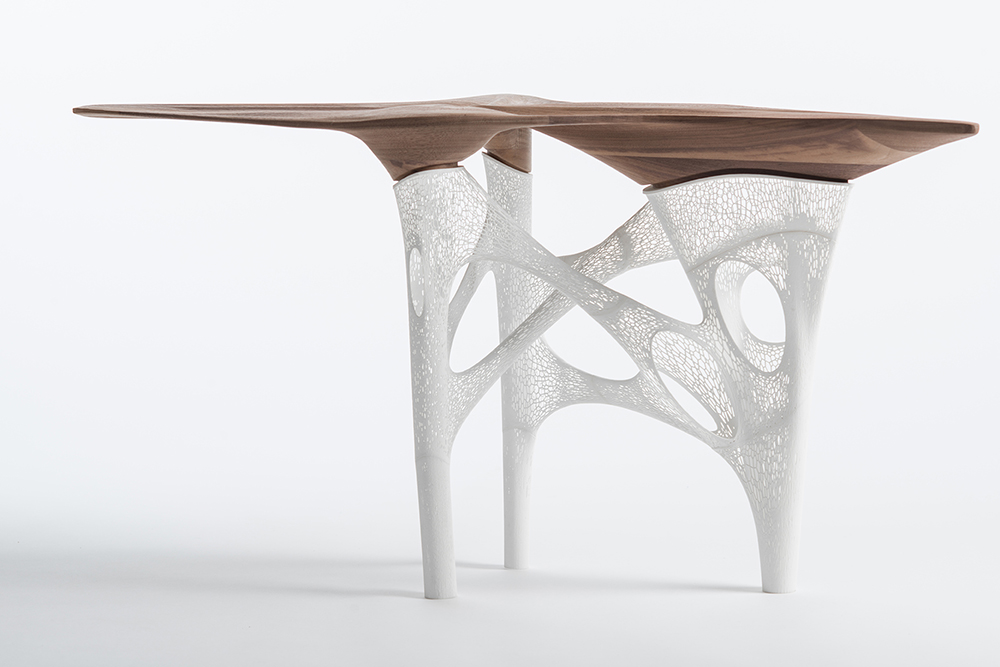 Recently I have been hooked by “Topology Optimized” designs I think their aesthetics can be very attractive and the engineering behind them is very interesting.

Topology optimization is a branch of computer aided engineering (CAE) that seeks to mathematically optimize material layout within a given design space to sustain a set of loads and boundary conditions. Essentially it is a very advanced method of design that will result in parts that have material exactly where it is required. It is most commonly used to reduce weight and designs are typically made using additive manufacturing (3D printing). Although the engineering behind topology optimization highly complex and extremely cool, we are here to talk about its aesthetics.

When I first heard of topology optimization I didn’t quite understand, the speaker was a PhD student (who wasn’t a great) and all I got was something about algorithms and optimizing airplane wings. After he showed us some pictures, he captured my attention the designs where beautiful. What makes topology optimization so aesthetically pleasing to me? Maybe it’s the complex geometry, the amorphous shapes that would be remarkably difficult to design without CAE, or the similarity to nature’s shapes.

The principal characteristic of topology optimized artifacts is their geometry no predefined shape can describe them and perhaps that is what makes them appealing. Nature often produces designs that closely resemble parts that have been topology optimized. Perhaps in the near future minimalism will adapt topology optimization into its design practices, although today they seem very far apart once additive manufacturing technology is more accessible the simplest approach to design will be 3D printing. Minimalism is about taking simple approaches both in design and manufacturing process.

Here are some examples I found to especially pleasing from an aesthetic standpoint.