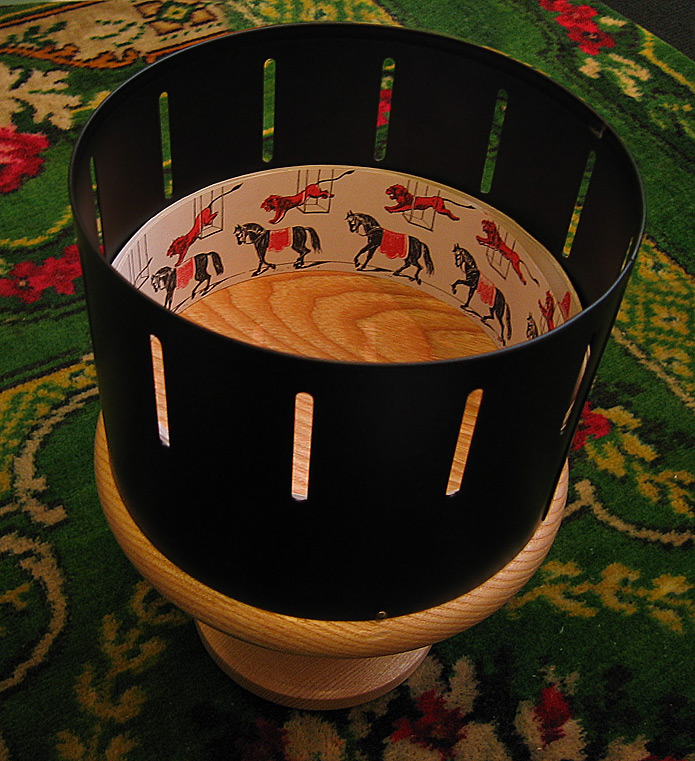 I have spent sometime thinking of what I wanted to make for my upcycle project. What I knew was that I wanted something which involved something I learned here as a mechanical engineer. I remembered seeing a toy which had a small circular platform, had evenly spaced slits on it’s top with still images of a butterfly wrapped around the inside wall. There was a crank under the small platform, when I cranked it the platform started to spin and accelerated quickly. While the platform was spinning I looked through the slits and saw the butterfly flapping it’s wings. This toy is called a Zoetrope. I learned why this effect happened here in CU, and it’s basically due to our eyes’ limitation of seeing something if it’s happening fast enough. A good example is lights everywhere around us which turn on and off 60 times per second (60 Hz), but we only perceive them is to be continuously on. This toy uses this same limitation we have to make it look like the still images inside are moving. This toy isn’t anything recent either, there was a patent for it since 1867. Most tools and materials I will be using in my upcycle project I found in the ITLL and at my residence.