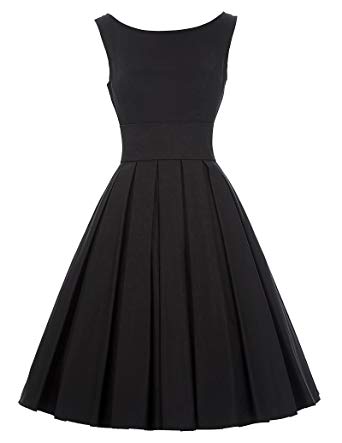 This blog post is supposed to be about my inspiration for the up-cycle project. But since I described that process in my last blog post I am going to focus on the progress I have made since that post.

If you haven’t read my last post, the general idea is that I am making a dress out of paper, specifically the big paper bags that are available at the grocery store. I want this dress to have a 50s aesthetic and to be modeled after the picture below. Last time I had already made the skirt part and was planning to make the shirt and the belt.

Last week I set out to make the shirt. I planned it out and took some measurements and made this shirt out of the same paper bags as the skirt. The method was to make three belt like sections and then use a lot of long sections to connect them from the waist to the bust to the shoulders. This kind of worked but the material has no give because its paper. It also was really hard to get the right shape and it kept looking very boxy. I didn’t have time to make the straps/sleeves at the time but I thought I would make them later.

When I went back to work on it I decided that I didn’t like the shape of it, so I decided to make a new one out of thinner paper. Where I work we have big roles of colored paper so I took some of that and made a new shirt. I also had a new method for fabrication where instead of vertical sections I used large horizontal sections. It turned out way better than the first one which is good. Also, the dress I want to recreate has a black shirt so now I am closer to the real thing.

I don’t think that I will change the sleeves to be more like the dress because I want to actually wear this dress and I don’t think I will be able to get in and out of it if there are complete sleeves. Also it kind of works out because a lot of 50s style dresses have short sleeves that are similar to the ones I ended up making. Here’s one you can buy on amazon.

To finish the project I am going to make a belt. I haven’t decided to try to recreate the one she is wearing in the first photo or if I am going to change directions and recreate the second dress. I am leaning towards the second one because I think the skirt I made actually fits with the second one more closely as well. I also need to reinforce the inside of the shirt and the straps with some duct tape to make it stronger and less likely to rip when I wear it.

Here’s the dress I drew in class after our exercise. It has a punk aesthetic applied to it now.