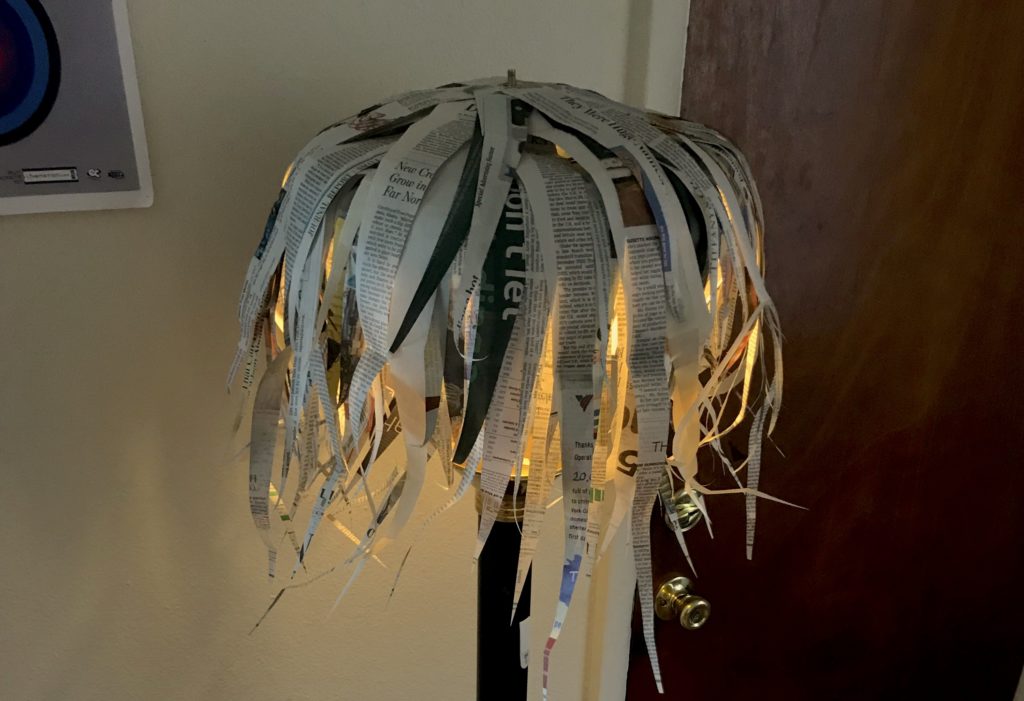 My aesthetic is something that I am defining as Chaotic. There is hardly order in the structure of what visually makes up this lampshade. What you see on the outside are pointed leaves of multicolored paper shrouding the light in a way that has no pattern. Light is able to peek through at random spots where there is enough of a break between two leaves.

The brainstorming activities we did in class didn’t help much sadly….

Once I decided on my Object…

All of the materials apart from the newspaper were found around my workspace at work.

I envisioned making something that was a low more flowy that what ended up being created, which in hindsight would have required many more long strips than I made. Furthermore I would have tried using a different frame for a better shape.

I’m going to actually use it!

If I remade it I would like to use a different material, newspaper was just readily available and free.