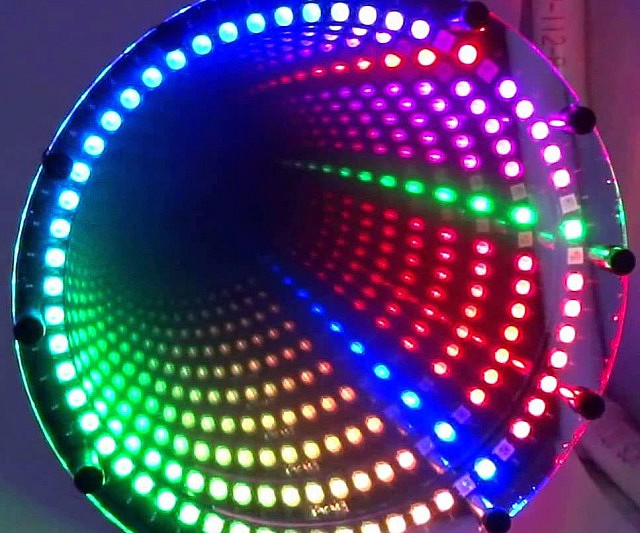 For my project, I wanted to make something with a futuristic aesthetic. I wasn’t sure what kind of dynamic project I wanted to work on and got fixated on this idea that the whole project had to move. Then I realized that it just had to have dynamic components. That is when I though about making some sort of clock.

For the futuristic look, the idea that came to mind was an infinite mirror. These add a really cool affect to a simple strip of LEDs. Overall, they look like portals to another dimension! What I like most about them is that they are also very sleek and simple, which in my opinion adds to the aesthetic.

My idea is to take the infinite mirror and make a clock out of it by programming the LEDs to light up in specific ways in which one LED represents the seconds, one represents the minutes, and the third represents the hours. This can be done with a raspberry pi, and I could have the remaining LEDs perform some sort of light show in the background.