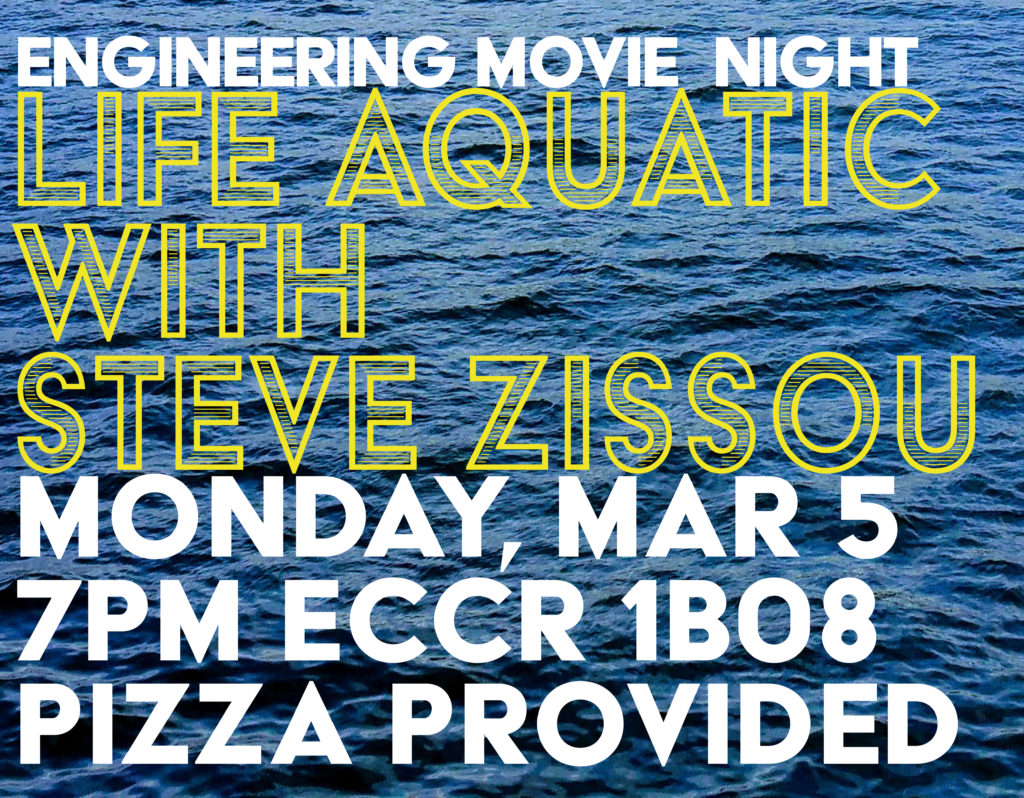 The movie tonight is Wes Anderson’s 2004 Life Aquatic with Steve Zissou.
The engineering in this film is a little bit of a punch line, but the film is chock full o’aesthetic. As is the standard for a Wes Anderson feature. I would suggest that this film has the most clearly defined and executed design aesthetic, as it seems to indirectly reference Jacques Cousteau.

The film starts at 7. The room is ECCR 1B08. Pizza is there, and your friends may come, but the za will disappear quickly.