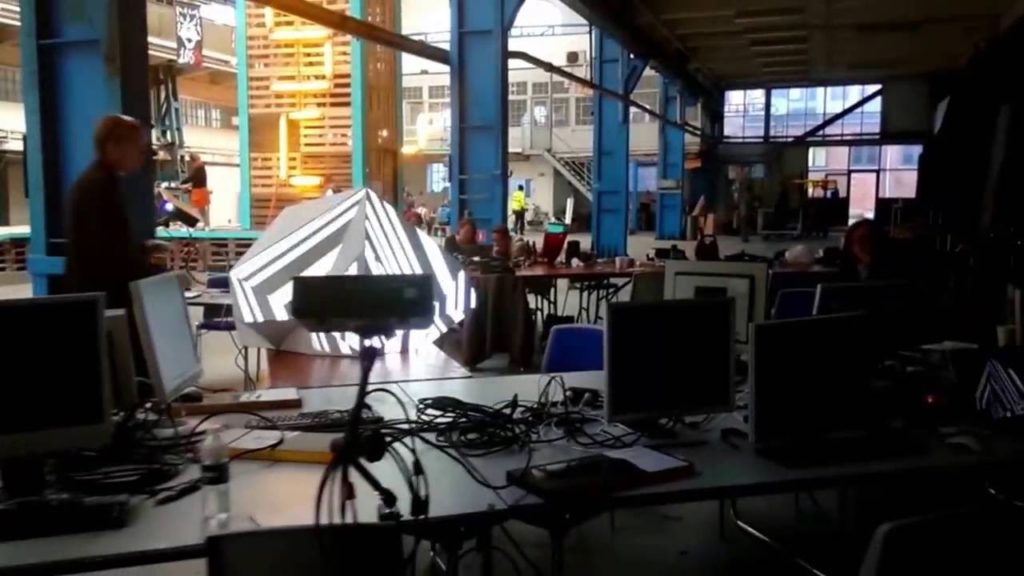 I wanted to give you readers a bit of an update on my project’s progress. Right now I am working on a Raspberry Pi projection mapping installment. I am torn between using some sort of computer vision interaction and a physical piece that is set with a projection mapping playlist.

The projection mapping with computer vision idea comes from a sparkfun tutorial I came across that is just what it says it is. Using a small DSLR camera, with some open source code and really complete documentation. This option would have a really cool interactive piece, but not the most intricate projection mapping design.

The second inspiration is exclusively a projection mapping set up. This is also based in open sourced material, and has somewhat less direction for what to do, but there is enough documentation to make it work. This option would have more intricate projections mapped onto a non-uniform surface. An example can be seen in the video below.

Both options would satisfy the project constraints, and both are interesting installments. I am leaning towards the first option, because of how interactive it really is. I just this it will go nicely with one projector, and if I can change the image it would work the best.

One of the biggest concerns I had at my last update was the cost of the project. I had a BOM of over $200, and was debating even working with a Ras Pi, because of the expense. At best I thought I could lone a board, but would still have to fork out the $60 for the DSLR attachment. Well, I am happy to report that I have loaned all the necessary attachments from the ITLL and have procured a complete set able to create either option. This means the project will cost almost nothing. For the final installment I may need to borrow a projector, but I think I have a few options open for that.

I have also began messing around on the Ras Pi, and everything seems to be functioning as it should. I have updated the linux software and will be installing everything needed for whichever route I chose in the next couple of days.