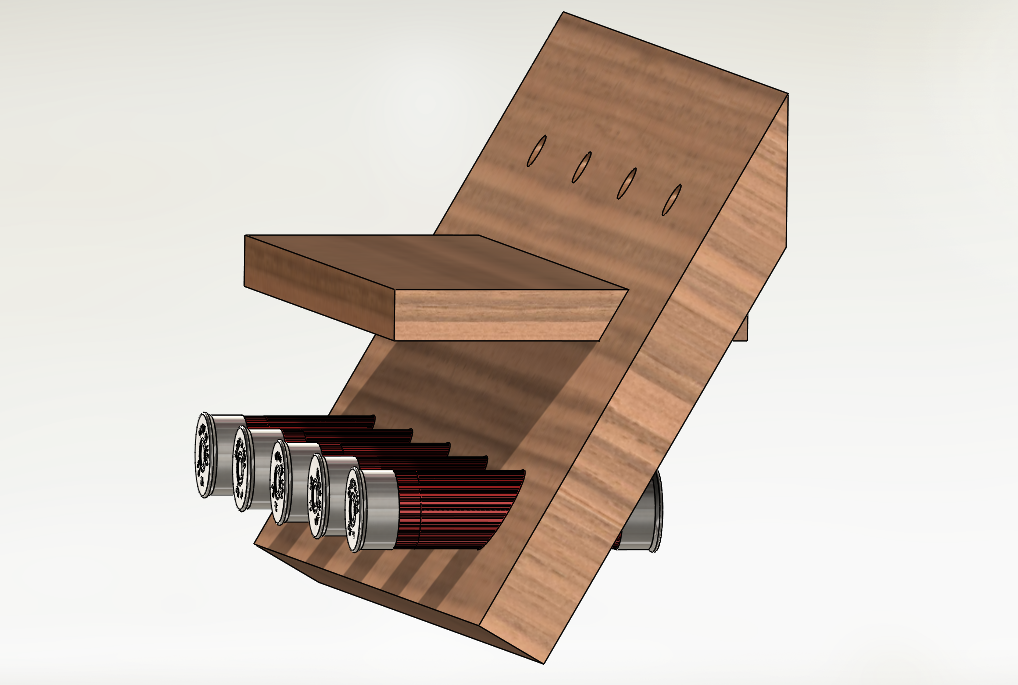 To be honest, I was not very sure what I wanted to do for my upcycling project until yesterday. What I struggled with the most was narrowing down the ideas I had because the project has almost no restrictions or guidelines; we can do almost anything we want.

Two weeks ago when we first were introduced to the project, I wanted to use shotgun shells because I like shooting and shotgun shells are all over the place in the shooting range. However, the idea of using shells got stuck in my head and I was not able to think out of the box without using shells. I could not be creative because I had the thought that I am definitely going to use the shells, even though I had no idea of how/where to use them before.

I asked around for some inspirations and luckily, I got a great idea, I think, which is to make a coat hanger with the use of shotgun shells. Basically, the hanger does not have a lot of parts but it requires some wood work and precision. I have made a 3D assembly model to show how it should look like once it is fully assembled.

As shown in the images, the coat hanger is made out of wood that I am going to look for in the machine shop in the ITLL. The wood plate is going to be tilted 30 degrees to give it a more complex and aesthetic look. Further, I decided to drill out 5 holes and insert two shells facing each other in each hole for more strength, symmetry, and aesthetic. In addition, the shells have a slightly larger end in diameter, so inserting 2 shells opposite to each other would make the part stay in the hole in case it got loose. Moreover, to make the hanger more functional and look nicer, I have decided to add another plate of of wood that is going to be in the middle of the tilted piece. This will also support the entire assembly against the wall. Finally, I am thinking about grabbing some wood screws or drywall screws from the project depot in the ITLL to fix the hanger on the wall through the 4 through holes at the top.

Potentially, this is what I have for now. I am thinking about adding an engraving to the wood pieces, but that is a decision that can be made later because it does not require any extra material. Further, I might add some functional or beautification features along the way if I got inspired. Feel free to suggest something, it can make the project look better!