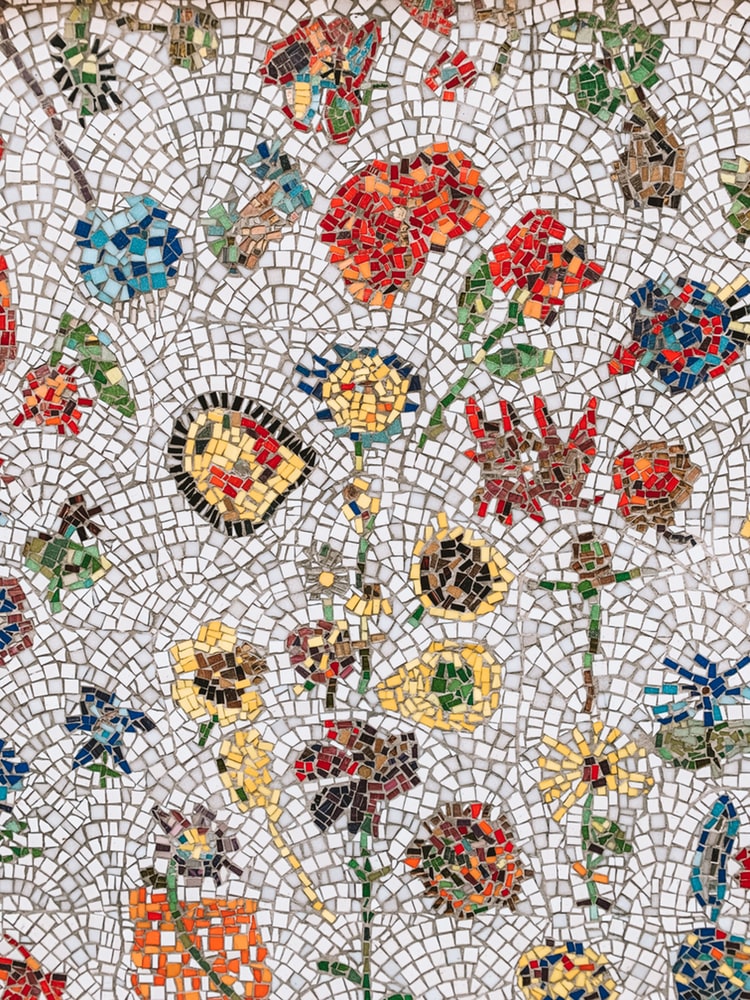 My inspiration for the upcycle project is mosaic art. Not only does the history of this art form fascinate me, but the creation of mosaics makes me really excited as well. Mosaic art originated from Mesopotamia, and is compiled bits and pieces of colored glass, stone, clay, and others. The very first mosaic tile was found in Iran around 1500 BCE, but spread into Macedonia, Carthage, and Rome.

The Islamic world also developed geometric and mathematical based mosaics, embellishing beautiful palaces and religious buildings (ex. Dome of the Rock in Jerusalem). This was after the Muslim conquest of eastern provinces of Byzantine Europe. This art form flourished in Islamic culture and became the main form of wall decoration.

Mosaics have become a popular form of art in modern culture. People use anything from old, broken bottles to torn pictures and compile these art forms into anything you can think of (benches, houses, statues, bicycles, etc.).

My plan for this project is to take a compilation of recycled bottles, glassware, tile, beads, and anything else I find I could include, to create a mosaic piece of art myself. I will press the broken pieces of material into a clay material and hopefully create a few different art pieces.