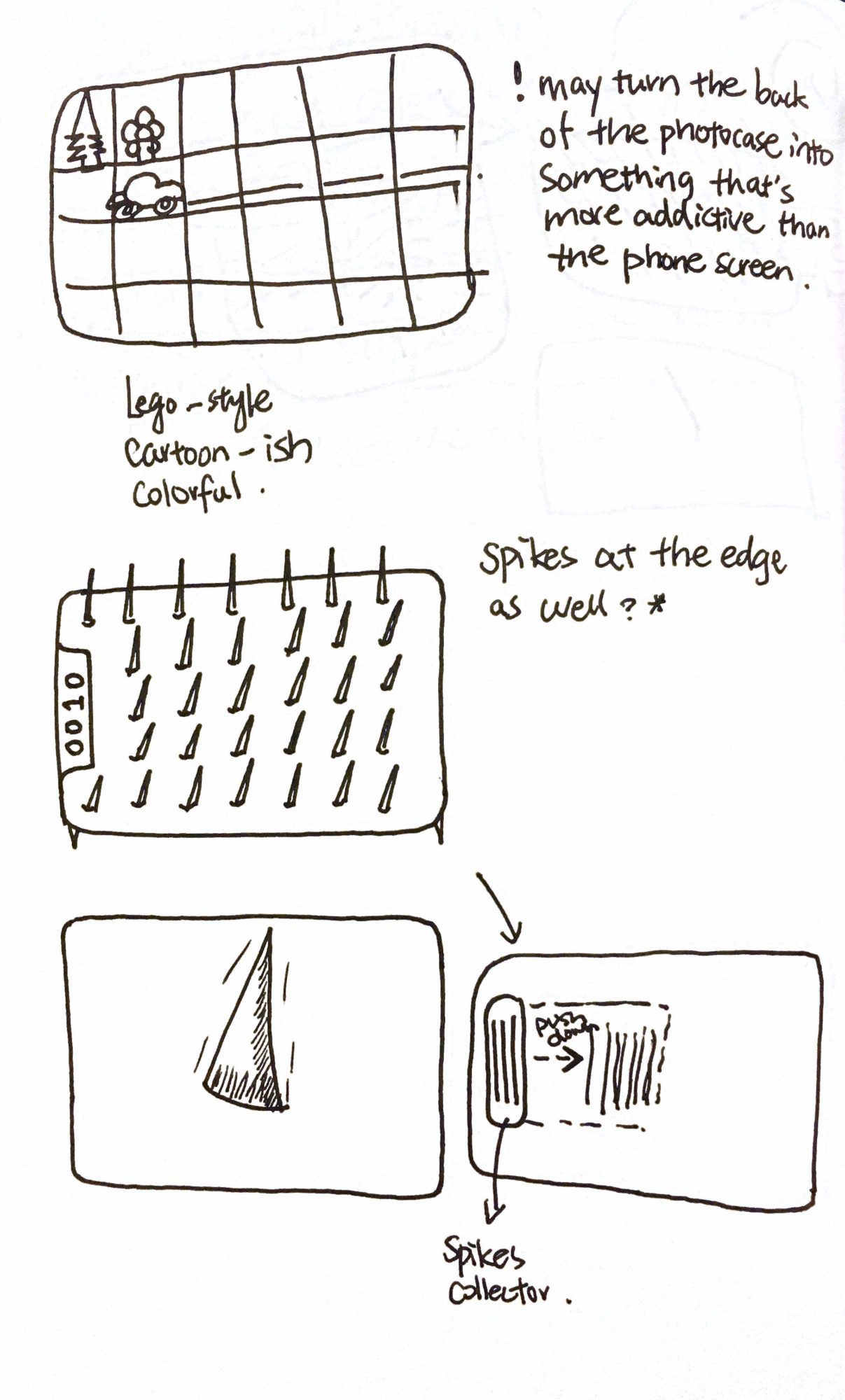 A disruptive interruption: Making a phone case that makes you put down your phone

My goal for the final project is to make a phone case that’s so uncomfortable to hold, that it makes your whole experience of using phone horrible, and forces you to put down your phone. The guest lecturer on Monday briefly mentioned about addictive phone use, and I feel like creating something that disrupts the pleasant stimuli that phone creatives would be a fun topic for my final project.

The aesthetics that I’m planning to use in my project would be mainly about minimalism and bio-mimicry. (And maybe kawaii, or looking cute as well.)

Hedgehog is mainly where the inspiration for the shape comes from. I want to mimic its spikes to increase the uncomfortableness during phone use.

Retro-gaming could be another aesthetic that I can apply to the phone case, too. Since I’m considering making the spikes as counters. each time people pull one out to log that they’ve used their phone for once, then there would a LED screen at the phone case increasing the counts in numbers for the phone use. The little counter is shown in the 2nd idea in the graph.

In this picture, I illustrated several ways of how the phone case could be. First one would be like a lego-pieced up phone case, not necessarily made with lego parts. But taking this idea of making small miniature pieces that can be attached to or take off from the phone case, with a possible grid layout. But as I mentioned in the graph as well, though making the phone case itself fun can help distracting people’s normal phone use, but it’s more likely of switching the target of addiction to the phone case instead.

For the second one, this would be a combination of both minimalism and biomimicry. As mentioned previously, my take on the biomimicry for this project would just be mimicking the spikes of the hedgehogs. It’s showing in the picture that the spikes are coming out of the case, that’s being laid uniformly on the surface. It’s also minimalism, because there are no fur imitation, but solely spikes that don’t have colors or special texture being arranged in a pattern.

For the last two at the bottom part of the page, the bottom left one is a more eliminated version of minimalism. It’s taking the extreme of eliminating all the other spikes and leaving only a long one at the center.

For the bottom right one, it’s just my imagination of how the pulled-out spikes can be properly stored in the case, which goes back to the idea of adding the gaming element when keeping track of phone use, on the base of creating this uncomfortable phone experience.