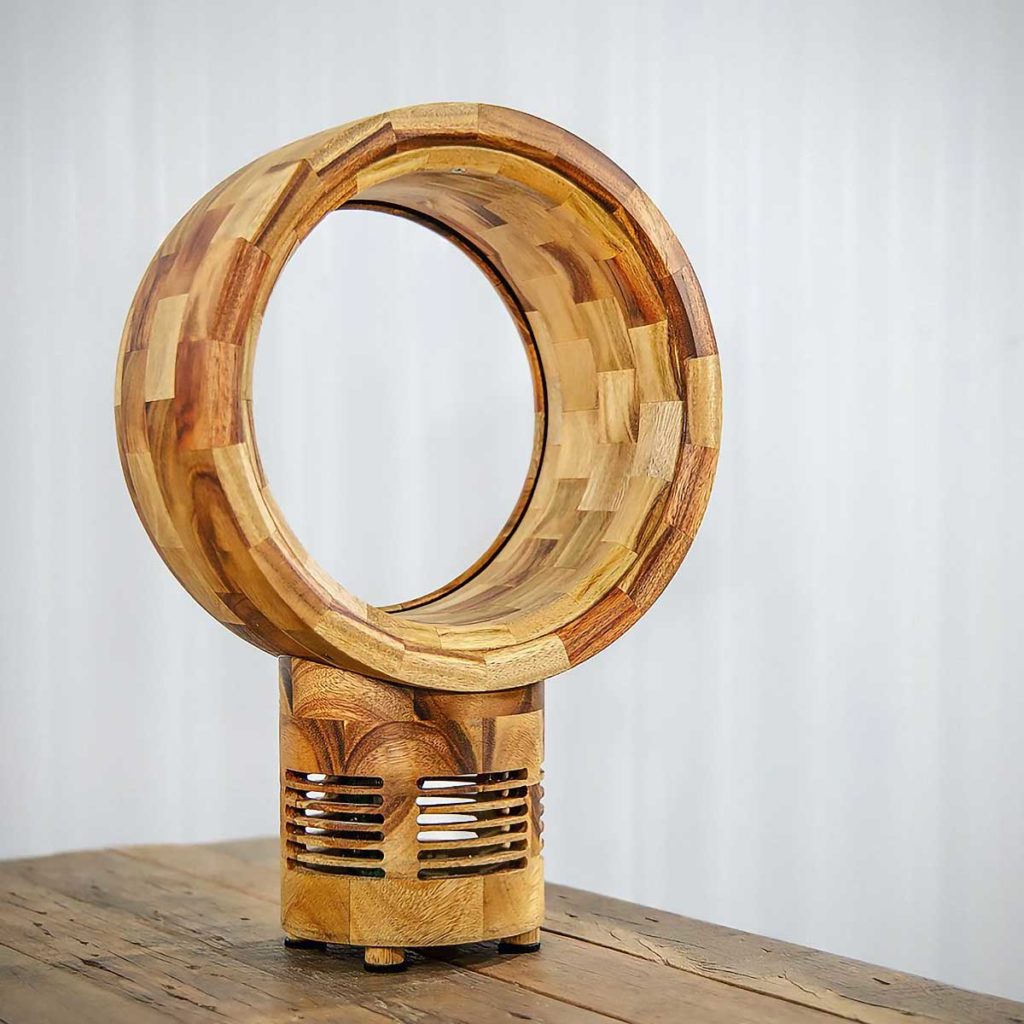 For this post, I wasn’t sure where to start and or what to look for as my favorite design/build project on YouTube. I started my initial search by typing in “DIY Design Projects” and happened to stumble upon the following YouTube video! Pask Makes is a fantastic woodworker and craftsman, whose YouTube channel is dedicated on utilizing scrap-wood to fabricate amazing projects.

When I saw the title of the project and video was “Bladeless Wooden Fan” I knew that I had to watch to see if this was even possible. Plus the final product, as depicted above, looked amazing and caught my attention instantly. The YouTube was absolutely magnificent, not only in the fabrication of the fan, but the method in which is was recorded. Pask was able to (with great detail) portray every step and action he took to develop and create a masterpiece. What was even more fascinating, was throughout the whole project, he had no idea whether it would work or not! Thankfully it worked beautifully after all was said and done, but the fact that he continued and took on the project, with a large percentage of uncertainty was amazing in itself. I think a lot of engineers, and students particularly, could take a lesson away from that aspect of this project.

Anyway, that’s enough of me talking about Pask Makes beautiful work. Below is the link to the YouTube video for yourself to see the magnificent craftsmanship and detail put into this project!