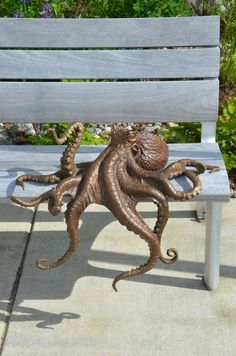 The past week I have been working on trying to create my final project I had painted cardboard to look like wood but when trying to cutout the cardboard I realized that I couldn’t get the curvy shapes using a box cutter, everything had become jagged and I had to make some serious design fixes. But while fixing this the shape had become basic and honestly ugly. Below are pictures of the painted cardboard for the wood texture

Since I don’t have time to restart I’m switching to making a CAD model of the statue in Rhino and will render it in Fusion 360. I started making the basic look of the octopus body and have almost finished it. Since Im making it in rhino I’m going to try to do my original plan and add lights to it that could change over time. Below are pictures of the CAD octopus. I have some work to do on the head but I think I’m at a good spot considering this is a disaster.