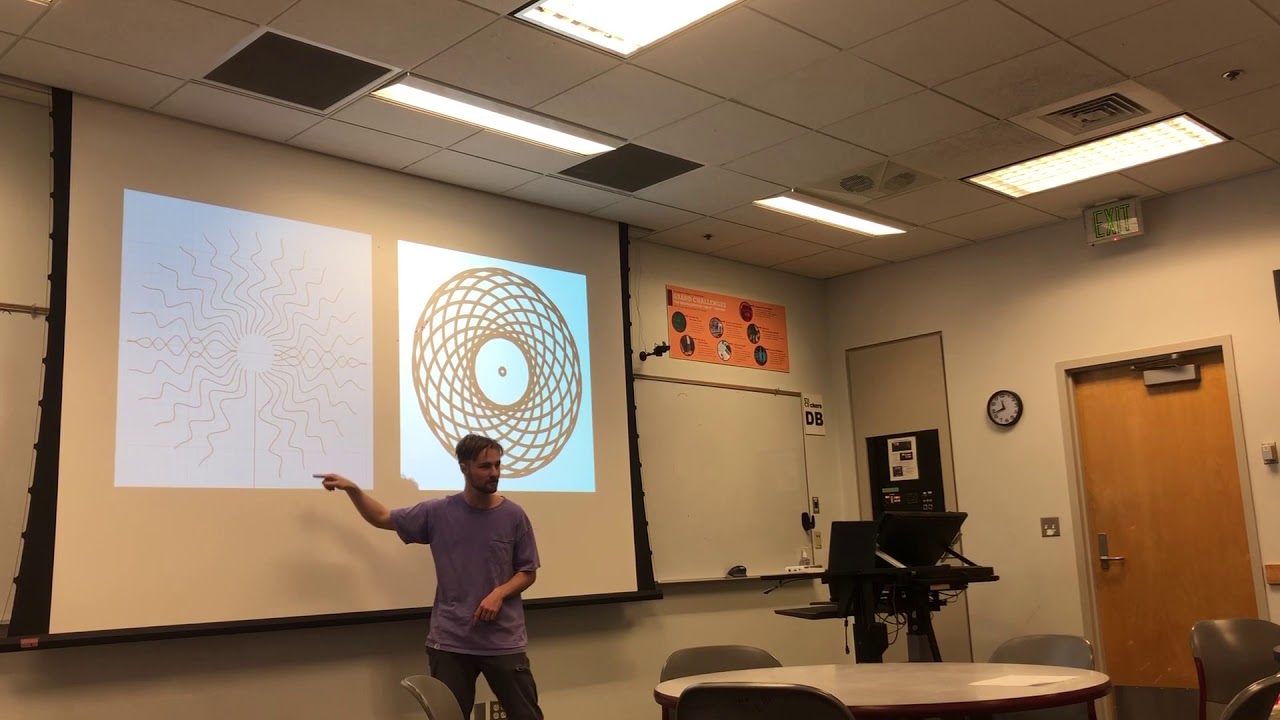 My inspiration for this project came from a few sources: the first being the vast amount of laser cut mandala art that exists on the internet.  I have always been fascinated with how machines can allow us to create products of complex geometries that are perfectly symmetrical with ease, and I wanted to use technology to achieve those aspects myself.  For the design itself, I was heavily inspired by the “Currents” album cover by Tame Impala, which in turn was inspired by flow visualization, a practice I am familiar with through one of Dr. Hertzberg’s other classes.  I was also inspired by the “semicolon movement” in which people would use semicolons to bring solidarity to those who have depression and suicidal thoughts.  I wanted to bring together aesthetics that I enjoy to convey a message that is important to me.

I began by finding inspiration on the internet, then I designed a bunch of different geometric designs in illustrator to see what I come up with.  Often when I make visual art, I just make a bunch of different versions of it to see what I can come up with because it is the free flowing of ideas in this way that often leads to the best happy accidents.

Here are a few of the designs I created before the final:

For the final design, I decided to make something with very distinct lines so as to create a good contrast in the cardboard imagery.  I designed it with a mixture of photoshop and illustrator, first using an array of black and white lines and warping them to create the wave design.  Then I added the border and added the text in a circle to surround the border.

After the design was created, all that was left to do was laser cut.  I took a square of cardboard off of a box and put it in the laser cutter to etch the design.

The fabrication was quite simple, as I only needed to press a few buttons on a laser cutter to make it work.  It took about 45 minutes for the etch to finish. However, due to some timing issues with when I was able to work with a laser master and laser cut at ATLAS, some things went wrong.  For instance, my initial plan was to laser etch the design into wood.  However, due to the natural pattern in the wood I had chosen, the pattern wasn’t coming out as significantly as I expected.  I needed to finish the project as it was due and so I played it safe and etched it into cardboard, which has a more consistent surface to etch on.

I was happy with the final product, particularly with it being my first laser cut.  Likewise, the message has personal meaning, being that it is a way of reminding myself that ups and downs come with life and to keep pushing on.

I would definitely like to re etch the design into wood sometime.  I would like to find a piece of wood with a smooth and consistent surface and I would stain it if the design didn’t come out as much as expected in the etch.