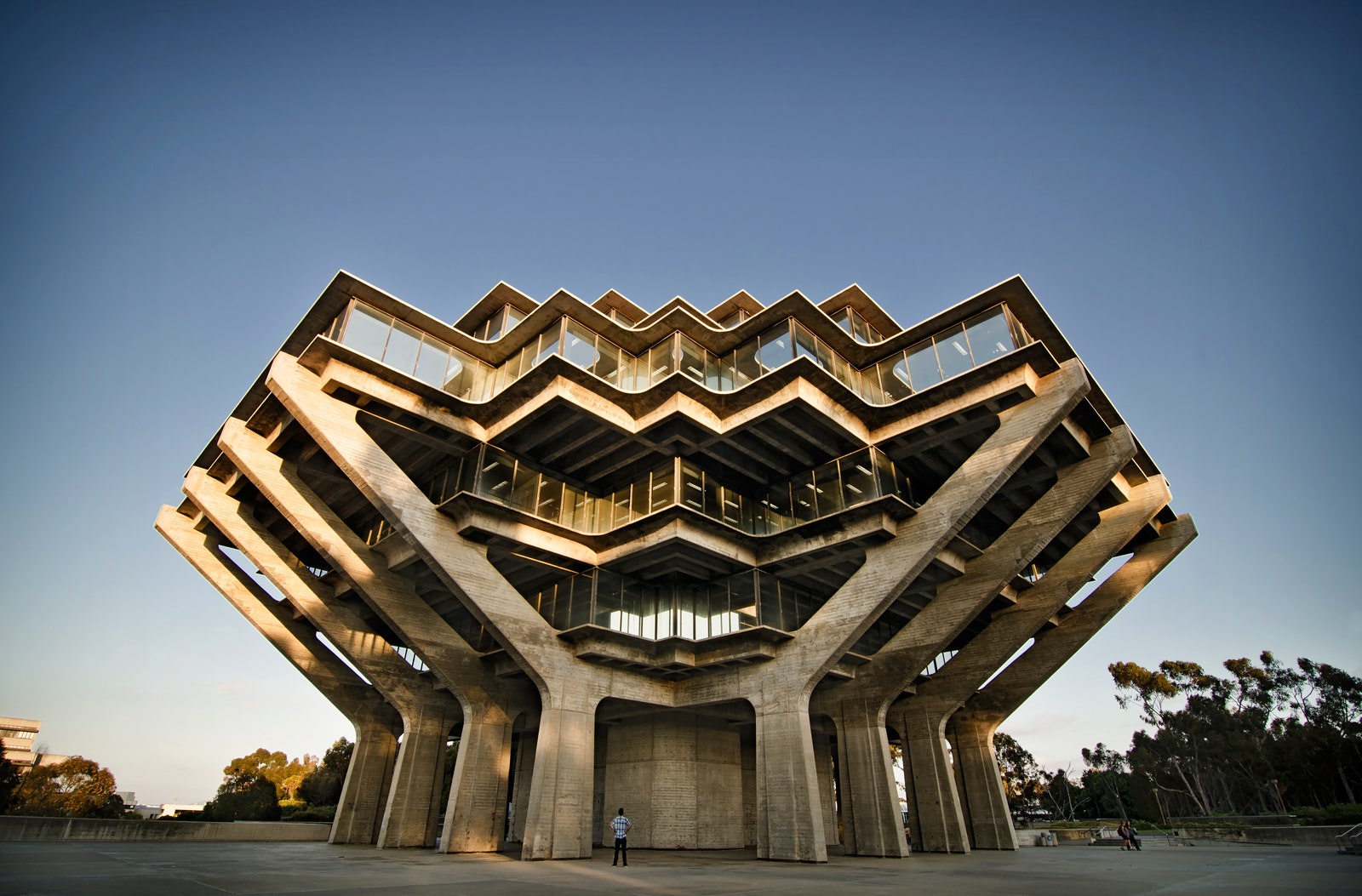 Full disclosure, I do not like Brutalism. I’d even go as far as to say I detest Brutalism. Even as a child before I knew what aesthetics even meant, I knew I didn’t like what was to me a depressing, obnoxiously plain, and an oddly intimidating way to design structures that ended up seeming like intricate prison buildings. But unfortunately for me, Brutalism is everywhere. It is enveloped within the spaces we exist in from federal government buildings, to art museums, to housing projects, to college campuses, and many more. But the fact of the matter is, it wouldn’t be as prevalent as it is now if it didn’t have aesthetic value for a lot of people. So, I decided to look into Brutalism to understand the movement and its history and how it has affected culture in order to see what I didn’t see before, and I’m glad to say I’ve found quite a bit.

Brutalism is a design aesthetic that started off as an architectural style in the 50’s that in turn originated from the early 20th century Modernist architectural movement. The term was conceived by British architects Alison and Peter Smithson and was first associated with an apartment complex in Marsielles, France called “Cite Radieuse” which was built in the late 40’s by an architect named Le Corbusier. As an architectural style, Brutalism is characterized by it’s use of minimalist, massive, blocky, geometric patterns made up mostly of poured concrete that is designed and built around the building’s functional structure, giving the structures a jagged and fragmented look. Most of the time, the exterior concrete is left as is without any paint or designs while taking up the majority of the surface area, leaving little space for windows and giving the structure an “unfinished look”.

The Brutalist movement was the most popular from the 50s, through the 60’s, til the 70’s. But, where it was the most popular happened to be in Eastern European socialist nations like Yugoslavia, Czechoslovakia, Bulgaria, and the Soviet Union. As these nations were building housing projects and other state controlled building projects, many of the architects chose Brutalism since it symbolized change and new modernity, which fit the ruling ideology of these nations. Thus, an abundant number of Brutalist architecture and art sprouted up all over the socialist world, many of which still stand and are inhabited. But, the communists weren’t the only ones to use this style for government funded building projects. Many countries in the west like Great Britain and the United States of America also used the style, but with less successful results.

Brutalism started to see a downturn after its popularity period from the 50’s into the 70’s, especially in the west. Due to Brutalist housing projects becoming home to crime and poverty, the styles association with socialism, and pop culture’s use of them as dystopic visuals (Clockwork Orange), the style started to be reviled as a symbol of dehumanizing totalitarian destitute in the west. Many of these buildings were demolished and many new architectural styles started to replace them in 80s. Brutalism persisted in Soviet art and monuments even after the Soviet Republic’s fall, however, such as war memorials like spomenik memorials, which commemorate the soldiers who fought the Axis powers in WW2. These memorials and other Brutalist structures that remained have brought a resurgence in interest in this style and have even inspired new styles like high-tech architecture and deconstructivism.