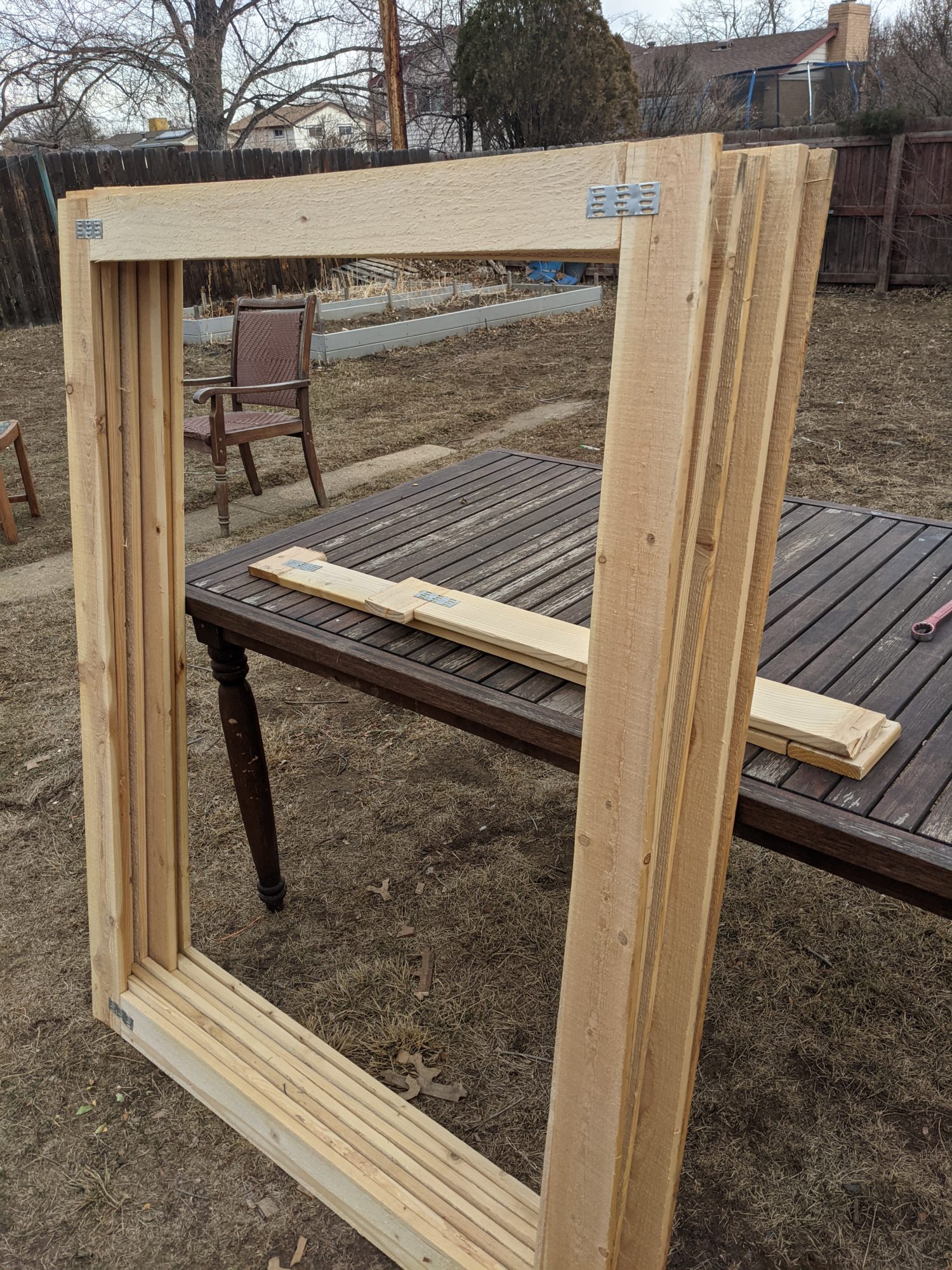 I unknowingly started this upcycle project last summer. I was at work, cleaning up, when my coworker Bo said to me, “Take those pallet toppers out to the trash. We don’t need them any more.” Being the broke college student that I am, I instantly saw them as an opportunity to get some free wood for a later project.

Due to the aluminum shortage caused by the pandemic, my company ordered from a different supplier than usual, and we received pallets with wooden toppers on them that couldn’t be returned or reused (shown above). I had been dabbling in woodworking and furniture making for a little while and knew that it would be good to grab these toppers before I had a use since the wood would need to dry out.

Fast forward to now, and my wood is dry and ready to be cut down into usable pieces. I pulled out my new circular saw, got about halfway through one cut and realized that new batteries need to be charged…

Out came the hand saw. To be honest, I actually enjoy the repetitive, meditative process of using a hand saw, so I wasn’t that upset.

After a few hours, I had a pile of rough cut lumber. The only problem was that the wood was not square. For proper woodworking, you need to have lumber that is square and true. You can see in the image below that there was a non-negligible amount of bow to the wood that needed to be smoothed out. In addition to the bow, the surface of the wood was rough. The roughness is not only ugly, but also bad for creating strong joints or good gluing surfaces.

At this point you must be wondering what exactly it is that I am making. Honestly, I hadn’t really decided on anything except for the fact that it would be made of this old pallet topper wood. Since I had some downtime waiting for my plane to be delivered, I decided that it would be a good idea to try and figure out a few ideas. My first idea was to make a really cool curvy mid century modern lounge chair. Then I realized that I don’t really have any way to curve the wood that I was working so hard to straighten out. My time looking up these chairs, however, led me to a coffee table design that I instantly fell in love with.

Once I had an idea of what I might make, I decided to sketch it and CAD it up.

The CAD software I was using (Onshape), doesn’t have any built-in texturing ability so you will have to use your imagination. I still don’t know the exact dimensions of my coffee table or how many boards it will take, but the sketch and model are helping me to make these decisions.

[1] BeenAroundAWhile at en.wikipedia [GFDL or CC BY-SA 3.0], via Wikimedia Commons