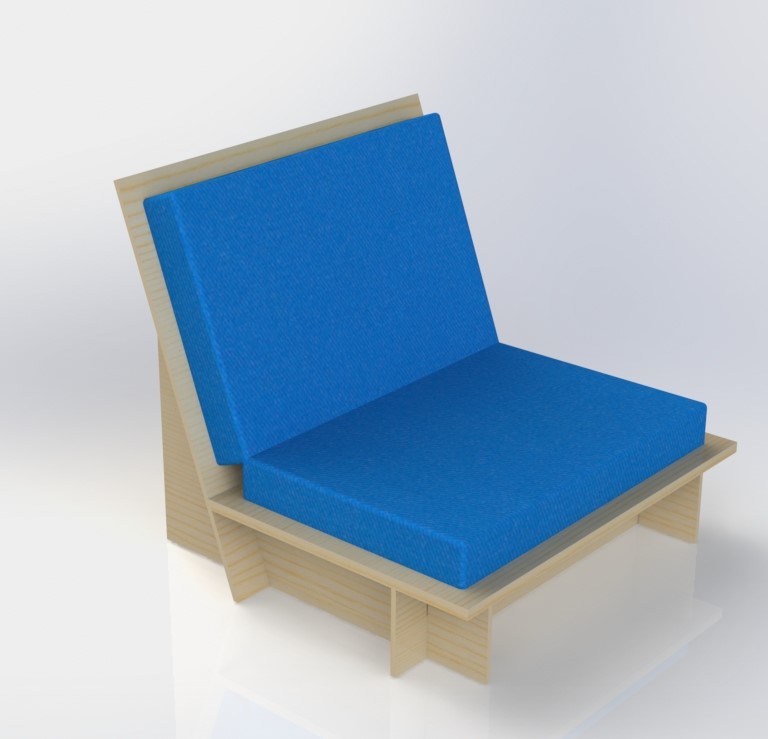 For my upcycle project, I will be repurposing a rock climbing crash pad that I don’t use very much anymore into a couch. I will be using the crash pad as the main cushion for the couch and I’ll be building a frame out of wood to support it. I am hoping to combine the aesthetic of rock climbing that I wrote about last week, by using the crash pad and decorating the frame with climbing brand stickers, with the aesthetic of modernism, by giving the couch frame a simple, geometric look. I am hoping that combining the those two aesthetics will create a piece that has its own unique style to it. I do think that the two aesthetics are already even somewhat related; as the climbing aesthetic has aspects of simplicity and flow, which the modern aesthetic shares.

As you can see above, I modeled the couch frame with the crash pad as the cushion/decoration part of the chair. I am hoping to get recycled wood to use as well to play to the description of the project even further. I really like the aesthetic of chairs that don’t use any fasteners, and I feel like that gives the couch frame the modern feel that I’m aiming for. I also think that it might make it a slightly more useful design in that it will make the couch somewhat portable. The frame will be made up out of 5 wooden pieces, fitting together sort of like a puzzle (see exploded view of frame design below).

I drew inspiration from wooden benches that I’ve seen before that look like they just fit together in an elegant way. Also, I really like using the crash pad itself as a couch when I’m out bouldering, and thought it would be interesting to try to bring that relaxed feeling that sitting on a crash pad at the crag creates into the home. Crash pads also take up a lot of space to store, so it would be great to have it serve a purpose while I’m not using it rather than just sit around.