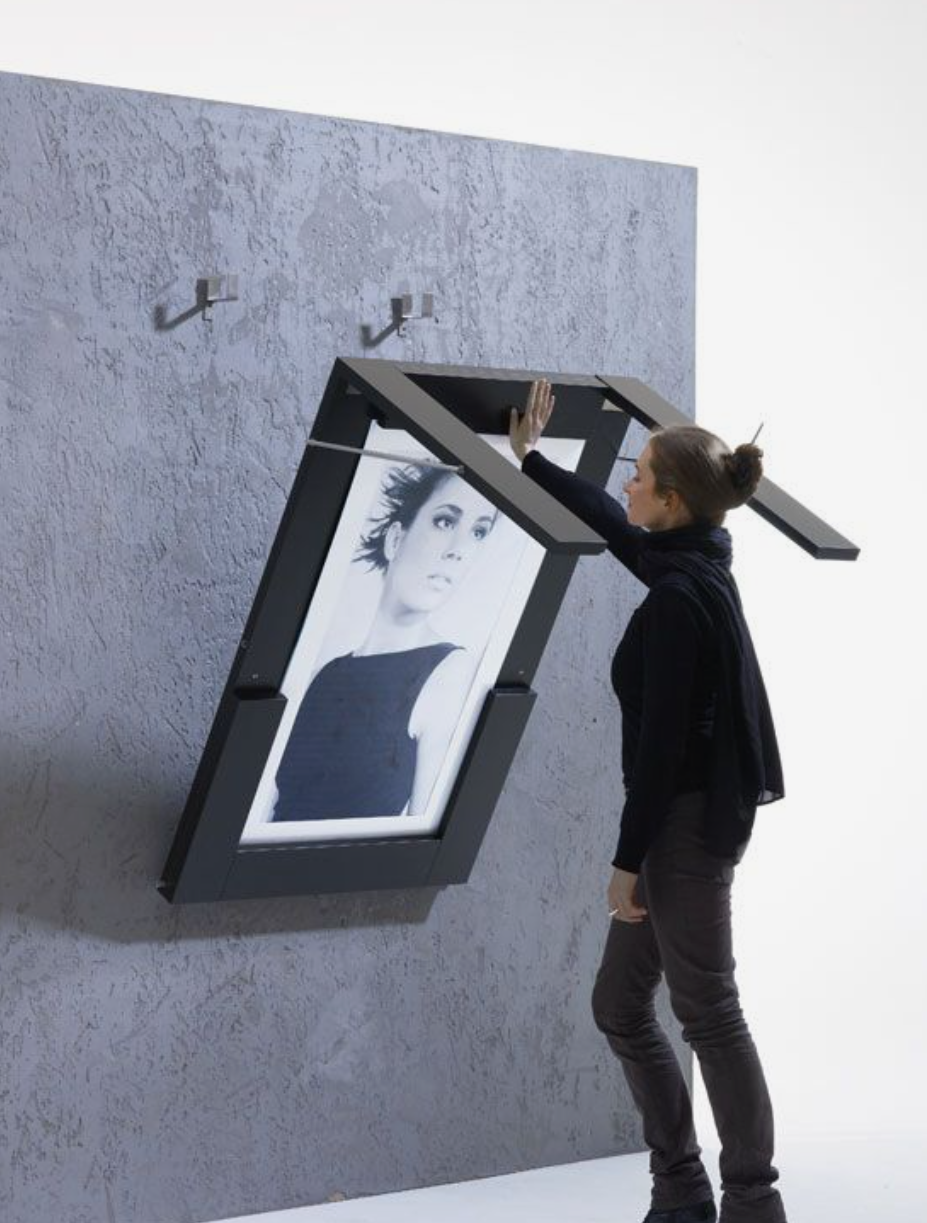 With remote work not going anywhere anytime soon, people are making the most of their home spaces to create a space that allows for work to be done while also creating a relaxing space. I want to create two office spaces in a spare room that will still be able to function as a home library/hangout space as well. This would be an easy concept, except that the space available is not the biggest. In order to maximize space I thought it would be great to have the tables fold up on the walls to create more space while also adding something aesthetically to the room.

Additional components of the overall look I am going for includes a making a center  console with a false back to hide a TV lift behind shelves for movies. This is being used since there is not enough space to have two folding desks as well as a TV mounted on the same wall as the desktop computer monitor. It should be noted that the final project will most likely follow either the TV console or the folding desks not both. What will most likely end up happening is the construction of the console first and a more in-depth following on how I make the tables.

Overall, what I hope to create is a functional work space that will also allow me to kick back to relax while allowing my dogs to have space to be in the room at the same time. This will be an interesting project to create with plenty of challenges ahead. The first difficulty being how to properly attach the desks and desktop monitor to the wall. Usually this would not be that big of a difficulty, but due to living in an old house there are only two studs in the entire wall. I am hoping to circumnavigate this by using two planks of wood to run the length between both studs and to visually act as part of the picture’s frame when folded up on the wall.

As for the cabinet since that is a stand alone entity that will allow the desks to rest on top making a flat surface, there really shouldn’t be any design challenges besides making it what aesthetic I would like. As of now I am thinking of doing an embossed surface pattern on the front cabinet doors to add a little flare. However overall the wood work seen will most likely follow craftsmen styles due to the window and door treatments already in the room I am constructing the desk in.

My inspiration for this idea mostly stems off of the work by Ivy Design seen below from 2009. It should be noted that there was a similar idea in Nomadic Furniture by James Hennesey and Victor Papanek in the 70’s. I am playing with the idea of using some of my own artwork in the frame or possibly some pictures I have taken from hikes with my dogs.

As for the overall aesthetic of the design, I want to bring in darker colors to offset from the light paint on the wall. This might include giving the top of the shelf a nice dark wood finish to match the top of the TV console. Then use a darker paint on the cabinet doors themselves to offset from there being an over powering since of stained wood in the room. This is probably the biggest area of the project that will most likely change as I see what the final structure looks like in the room.