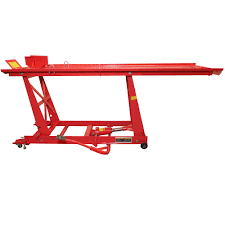 My idea for my final project is to build a desk extension. I recently removed my desk riser to make room for a monitor, and I lost some easily reachable storage space. I don’t have a table that is the same height as my desk, so I figured I could build an extension off my nightstand. The only problem is that the corner of my bed is just to the right of figure 1, and I will probably run into it if I just build a permanent extension. Instead, I want to build an extendable desk. My idea so far is that it will clamp onto my night stand, and then have two towers at the back of the base on opposite sides of each other. The tower will be about the same height as my desk and where I want the level height of my table to be. I will have a four bar lift to support the desk extension, and a bar in the middle to lock it in place. When the desk is not extended, it will just be hanging in a downward position. I also want to keep my laptop and school supplies on the extended desk even when it is hanging, so I want to put a hook on the front of the desk. I also may be able to put a wall on the side opposite from where I would be using the desk. I’m thinking about making this side wall removable so that it can be placed on either side of my main desk.

When I was younger, I used to be in VEX Robotics. One of the most popular ways to extend the robot was to build a four bar lift. It was very simple and provided a decent amount of support to whatever the robot was manipulating. I want to incorporate that design into my extended desk like in figure 4. The towers at the back will have twin four bars attached to the corner of the desk extension. I’m not sure what materials to make this project out of. I’m used to working with aluminum or steel when making the four bar, but I was also thinking about making the desk out of wood. One potential option is for me to make the arm out of metal, and attach this to a metal frame and stick a wood slab in it for the desk. I could also make the four bar out of wood since it wouldn’t be rotating too far, but I’m a little nervous about it supporting itself. Usually, the motor would act as the mechanism to lock it in place, but since I don’t have any motor attached to this project, I will have to build a stabilization arm like in figure 5. Those are the major problems that I have to solve for now.

I’m also trying to figure out an aesthetic for this desk. I could match it to the furnished furniture in my apartment, but that would be boring. I’ve been playing a lot of Anno 1800 recently, and figure 6 is a Victorian, antique aesthetic from that game. I was thinking about just taking the aesthetic from the front of the table, but keeping it as a more simple shape.