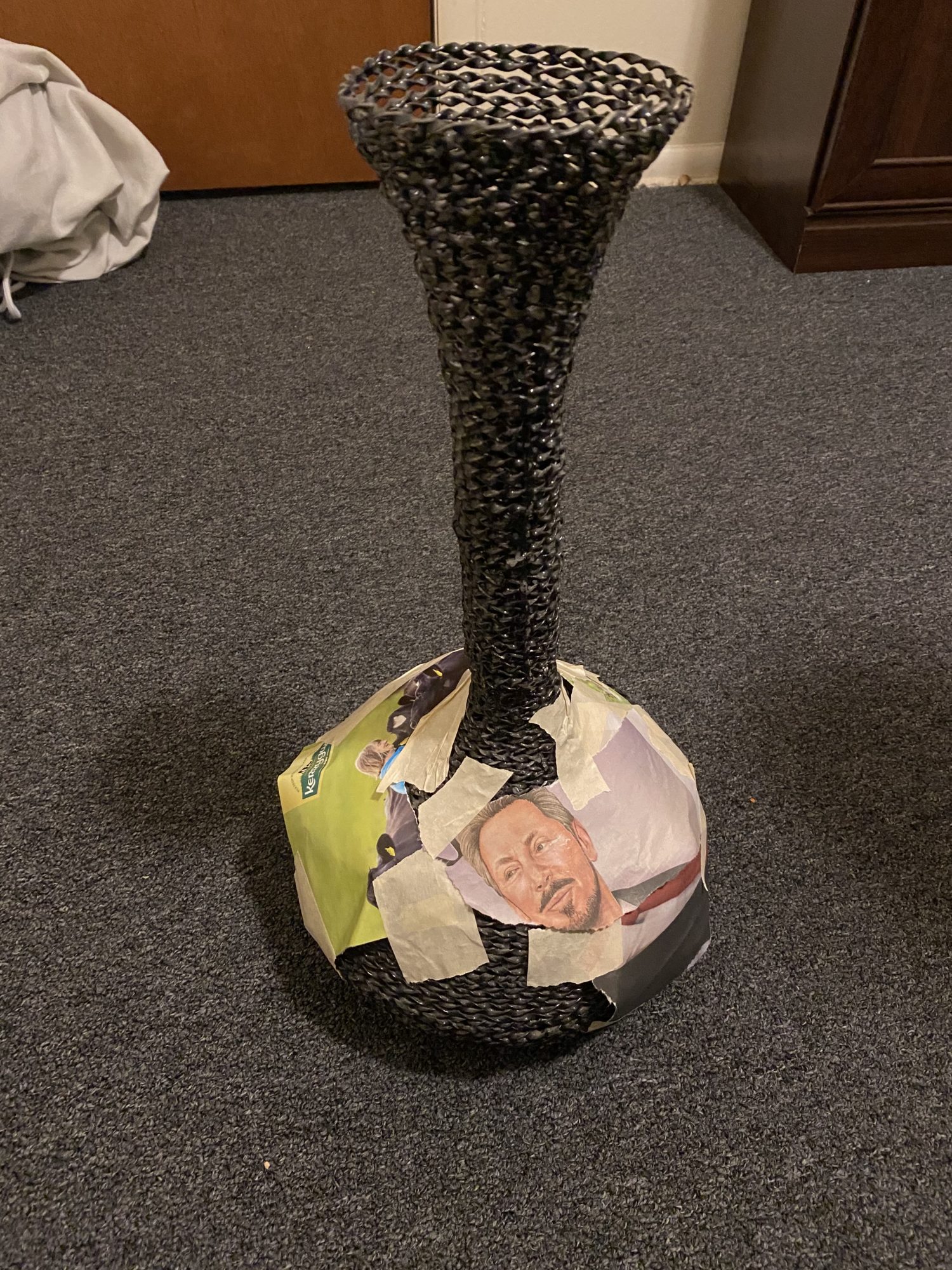 For my project, I decided to upcycle a decorative vase I had by using leftover magazines, newspaper, and other paper material lying around my house to form an art piece that fits the Merz paper mache collage aesthetic. I have been interested in the Merz aesthetic ever since I found out about and researched it’s creator: Kurt Schwitters. His artistic work in the Post impressionist and in the Expressionist era stands out as he created his own movement and aesthetic called Merz. Merz was where he used random bits of newspaper, poster, wrappings, and literal trash to arrange them into a paper mache collage that he carefully cultivated into a frame. I wanted to use paper mache for my project since it would be easily accessible and it would be flexible around the curvature of the vase.

Above was my vase that I started out with. The base of the vase is a round spheroid shape almost looking like a slightly flattened globe. The stem of the vase is a pretty straightforward cylinder shape that sprouts out near the top. Finally, the case is made up of a singular large metal wire band that is twisted in a helix shape and is wound around into the shape of the vase. At first, I wanted to make a replica of the vase using a cardboard frame over it and then recreating the vase with a paper collage around it. But as I found out, carboard was very difficult to attach to the material of the vase. So, what I ended up doing was attaching the paper straight to the vase.