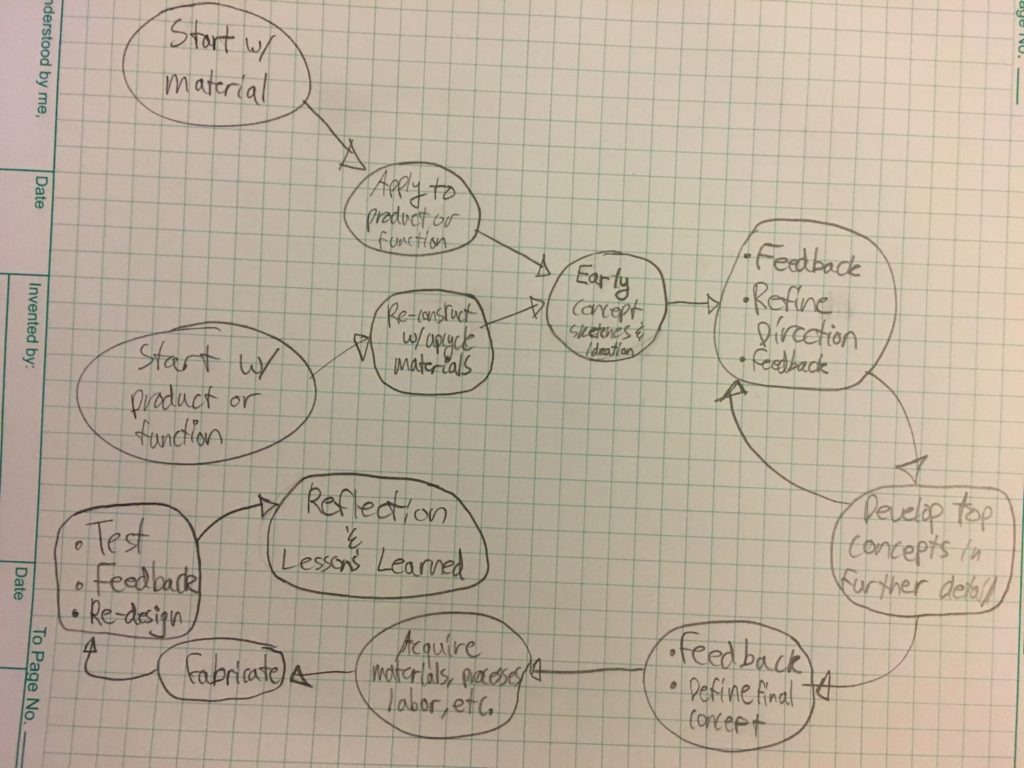 It has been mentioned in a few other posts, so I suppose I can say it again: the hardest part was picking an upcycle concept and material. Once I had a few concepts on paper, the design started to flow pretty naturally. My design loop began with inspiration from a gift I had received from my uncle (prefers to remain unnamed for this post): Two glass whiskey tumblers he had fabricated from the bottom of a pair of Jameson bottles. I had initially decided to make a matching set from wine or whiskey bottles I had collected from the recycling bin and like share them as gifts to friends once I had fabricated them.

However, what occurred to me was that the glasses were easy to make and did not account for the tops of the left over bottles. With this in mind, I ideated on what could be fabricated from the leftover top halves. At a friend’s house (prefers to remain unnamed), I had previously seen bistro lights that were retrofitted with beer bottles over the top to act as the shades for the bulbs. I enjoyed this aesthetic and decided to pursue a similar design to utilize the tops of the bottles. However, this presented a few challenges, the thick glass of the liquor bottles made them much heavier than a standard beer bottle and this would make the hanging light large and heavy. Thus I have decided that I may be able to make a more reliable fixture by hanging the light/bottle combos from a frame and create a chandelier of sorts.

As of now I have separated a few bottles using a glass cutter that I jerry-rigged. This worked so-so but did not yield reliable or even cuts, so I instead I ordered a DIY glass cutter on Amazon and will use that to complete the rest of the remaining cuts. Once I have all the glass cut I will simply sand the edges to make the tumbler glasses and begin crafting the frame to hang the bottle tops on for a lighting fixture.

If anybody has recommendations of what types of bulbs to use I would be eager to hear any input. Cheers!