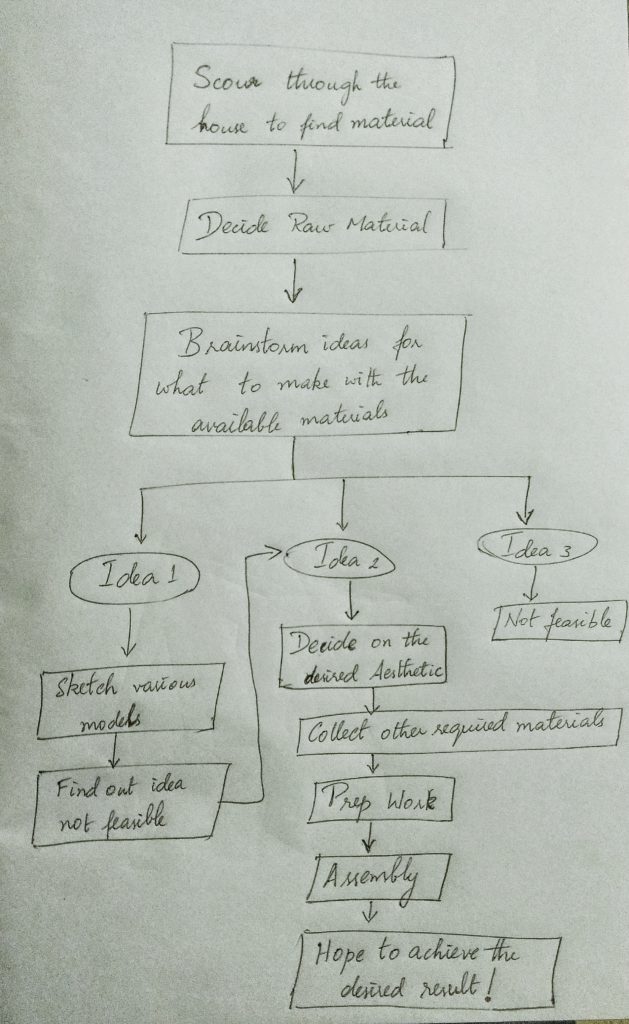 Even though I had a frustrating start to my design process, struggling to decide what to make and what to make it with, I had a fairly straight forward design loop until I hit a dead-end. I had decided to use cardboard as my raw material. I settled on the idea of making a piece of furniture with it as I lot a lot of it. I made a various sketches before I converged on a single idea. Truth be told I was really excited about the prospect of getting a new furniture that I had overlooked an obvious flaw in my design. All the cardboard I had were single layered and there was no way they could be stable enough to support more than a couple of pounds. I could buckle down and make a piece just for the sake of aesthetics. But what’s the point of making furniture if you’re not able to use it as one. So it was back to the drawing board for me. I came up with a couple of ideas until I finally decided on making a night lamp which one could still argue is still a furniture. However, in my defense I was thinking on a much larger scale albeit being unrealistic. Now I am in the prep stage cutting the boards, leaving a lot of litter in my wake and having to deal with the angst of my roommates. Cleaning up after this is going to be some work but I hope it will be worth it.