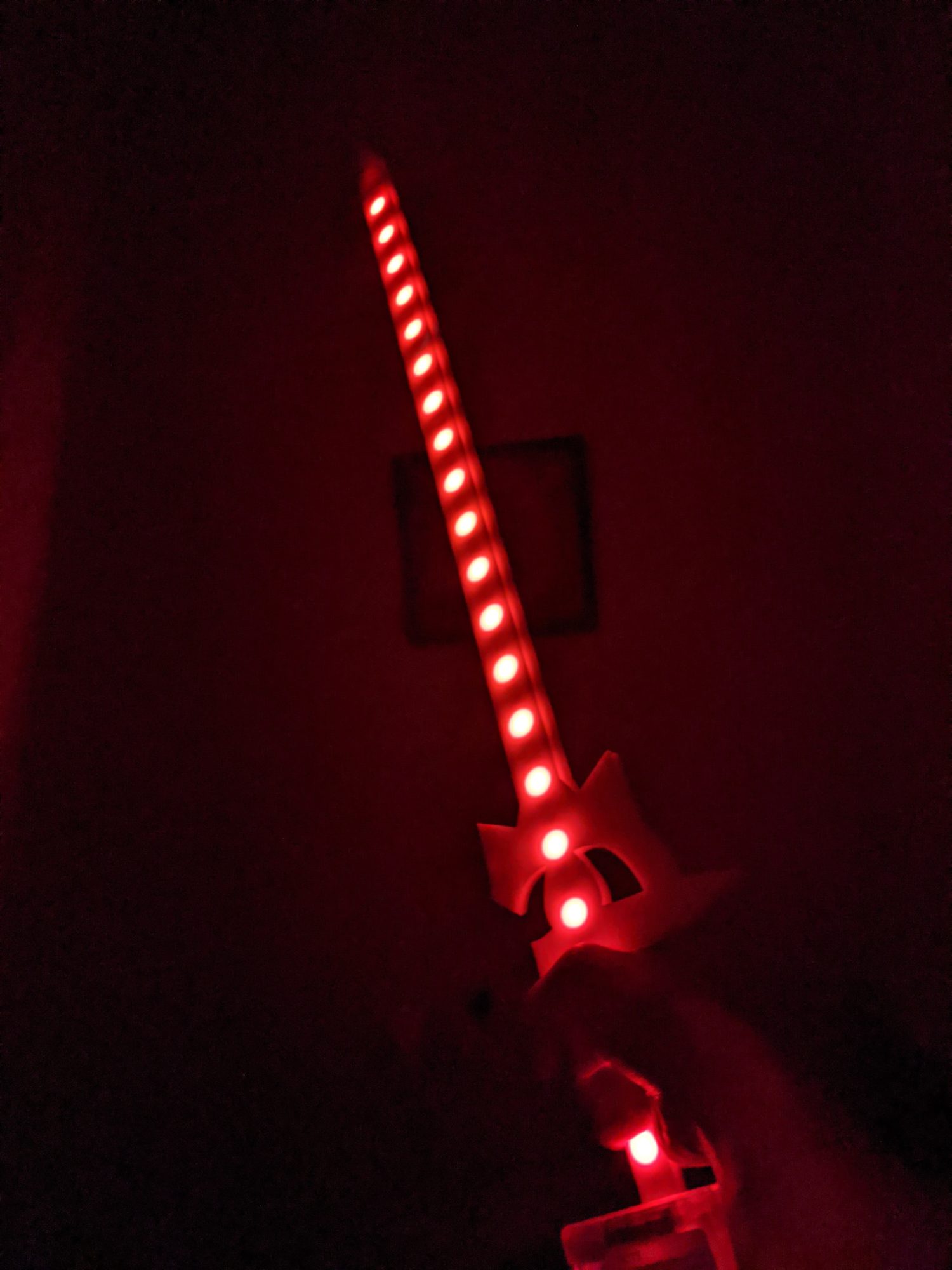 For this project I wanted to take on the aesthetic of Illumination. Illumination is using light to achieve an attractive lighting effect on an object. I wanted to use LED strips to make something that could be held. I chose this aesthetic because I really like the look of LEDS in dark areas and think it’s just a pleasant sight. An illumination example is shown above.

I was inspired by Ripperblades.net which is a company that makes acrylic engraved swords with a strong laser at the bottom of the handle in order to illuminate the entire sword shown above. The acrylic is usually clear and the laser pointer at the bottom tends to be very powerful. These blades typically cost up tp $150 so it was defintely something I thought I could do and save money on.

I wanted to do a weapon design that was recognizable from pop culture. I ended up choosing a sword called the “Elucidator” from the anime series “Sword Art online”. It’s a sleek black sword that looks very appealing to me, I chose this because I believe it was simple enough to make, but would be fun also.

This is the final DXF file that I created from the SolidWorks file for the laser cutter. I sent this to PONOKO to laser cut since I could not do it myself due to COVID-19.

Images of the Laser cut Acrylic once it arrived from Ponoko.com

Images of the LED light strip inside Acrylic

This is the assembly process of the sword once it came in from Ponoko.com. As you can see the LED light strip fits right into the middle piece which is then covered by another acrylic piece once installed.

Final Product of my version of the “Elucidator”

Once fully assembled, the LED control box is a portable battery powered LED with a control module attached to the bottom.

This is my final product and I must say I was quite pleased at the look of it in the dark. I think the white opaque acrylic turned out great and allowed the LED strip to bleed throug just enough. The design of the sword looks almost exactly like what the image shows and i’m very content with it.

Future iterations:
For the future iterations I would like to get a better LED with more LED’s per inch in order to create a more fluid light and make the illumation more pleasing. I would also like to spray paint the sword in the future also and leave the middle white so the LED can still shine through.