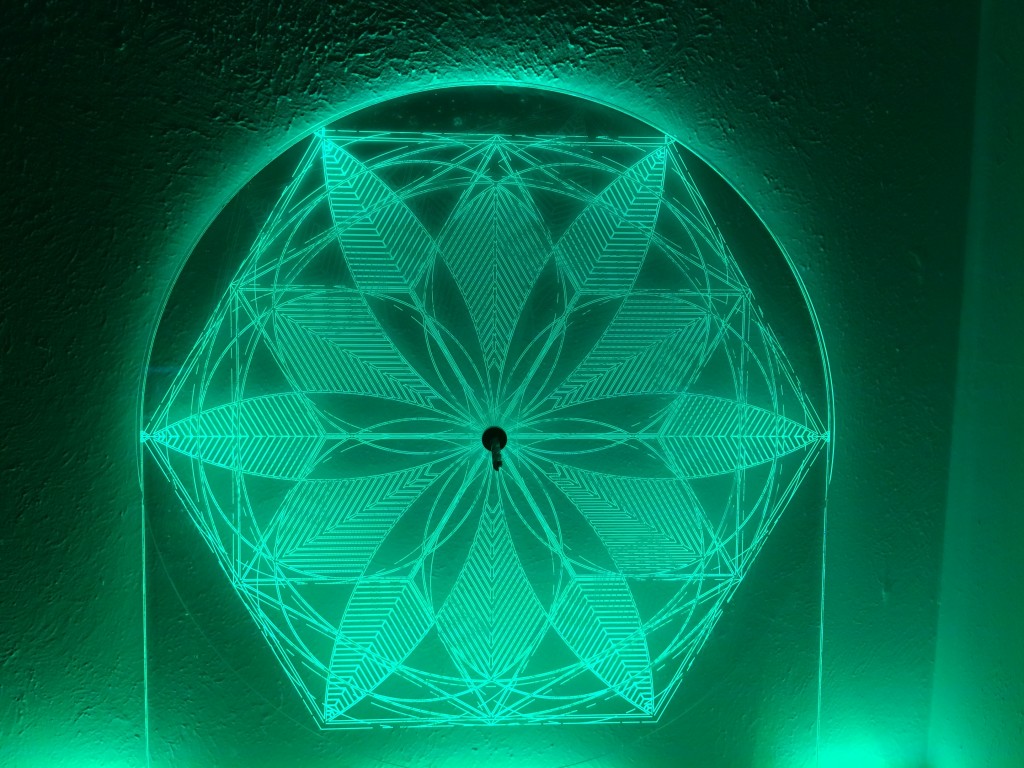 The plates of the immersion wheel are now laser etched and cut to shape. The plate which acts as the main support has a straight bottom edge. The straight edge provides an excellent opportunity to edge light the plate’s motif with LEDs. The LED strip that I chose can produce 7 colors, and has a number of different settings such as blink and fade.

The second plate which rotates via a ball bearing to create the effect is circular. Because of its shape and its motion, it is not as straight forward to edge light this plate. Without edge lighting the second plate, the dynamic radiant effect is rather subtle. While the subtle effect is interesting to look at, it could be worth exploring ways to edge light the free spinning plate. So far I have 3 main ideas on how to do so:

1) Stick small battery powered LEDs onto the edge. Without a cord to interfere, this should edge light the plate and allow it to spin.

2) Create a housing for the entire sculpture. this would allow LEDs to be placed around the top of the arch to better illuminate the round plate.

3) another plate that is essentially the off-cut of the round piece to transfer teh edge lighting upward from the off-cut’s straight bottom edge. There is some uncertainty that enough light could escape the acrylic sheet that would be in direct contact with the LED strip, and enter the edge of the circle to create a strong lighting effect.

Special thanks to Thomas for getting me up and running on the laser cutter!