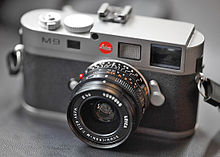 While brainstorming for an interesting aesthetic exploration topic, I began to realize that the very thing we use to capture the aesthetics in our everyday lives is an aesthetic in itself.

While most people will immediately picture the black, square DSLR cameras owned by almost every household, cameras have progressed greatly over the years. The earliest known use of the modern camera, that is using the transfer of light through a small opening to capture an image, comes all the way back from 1550.

Below are a few images showing the progression of the camera.

Although I have not decided what style of camera or material to use in my upscaling project. I am excited to create something that is both an aesthetic as well as a means to capture an aesthetic.