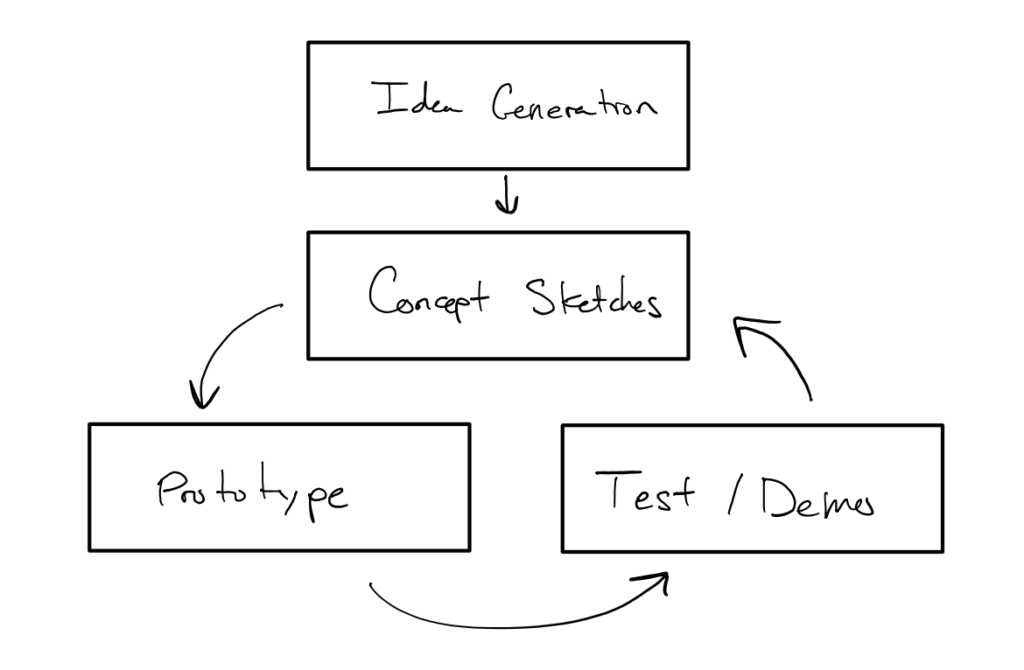 For my upcycle project, I am building a projection stage, which is essentially a scale model of a large electronic dance music stage. It consists of three-dimensional platforms which create space to display projections, as well as an area where a DJ booth would be placed. The entire stage is made out of cardboard and printer paper.

My design loop approximately followed a traditional format, and used an iterative approach. I began by sketching possibilities for features for the stage, eventually settling on one aesthetic in a final sketch. Then, I created a first version of the stage, with the main floor and minor components in place. Drawing from my sketches once again, I decided to add a large backdrop to create more three-dimensional spaces in the upper area of the stage. At this point I experimented with the current model, seeing how projections would look with the current mappable area. I then chose to add additional (mostly) forward-facing surfaces, that provided more compartmentalized space to create projections, and was satisfied with the final aesthetic.

In the end my main methodology was to add features incrementally, and test the aesthetic along the way.