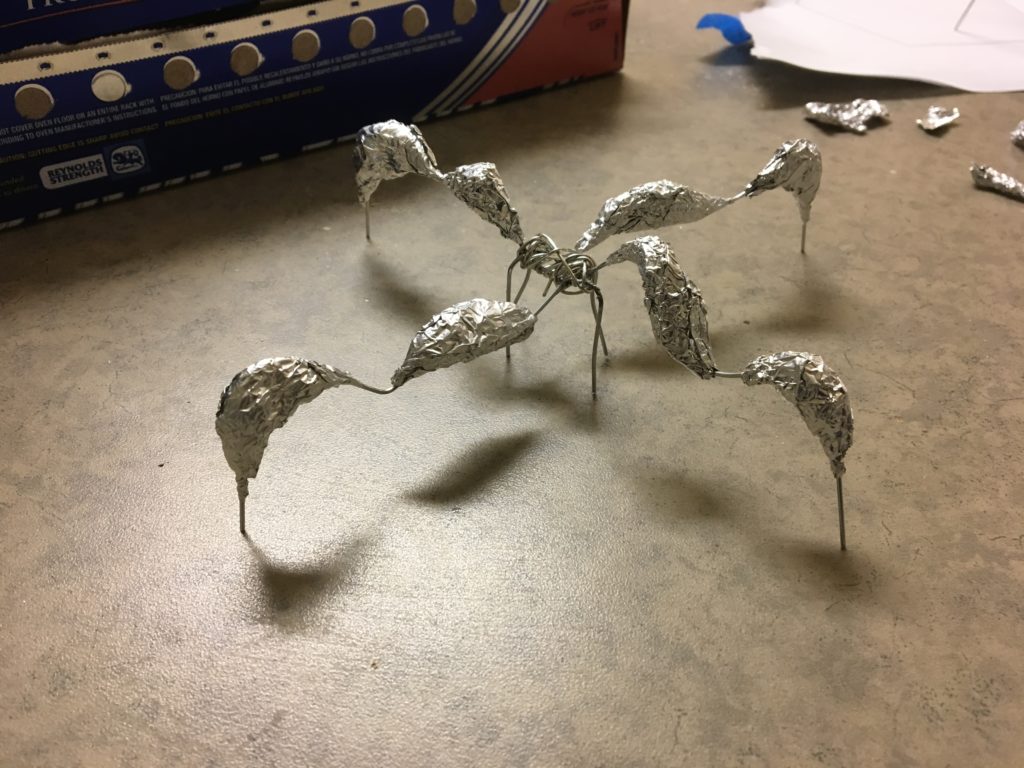 Looking at the materials I’d have available to me for the up-cycling project, I decided to use paperclips and tinfoil. After some brainstorming with friends, I landed on insects as the subject-matter; I felt the wiry nature of the paperclips lent themselves well to the construction of limbs. I also felt it best to take an abstract approach to the design of the insects, to leave room for creativity in their appearance.

After several pages of sketches, I settled on a roughly horizontal figure, and a circular figure. Then came the task of soldering together paperclips to realize the designs.

The process proved to be quite arduous, since the only soldering station I had available was made for circuits, and I had no one there to assist me. It meant I spent most of the five hours or so figuring out how to hold up the paperclips in a way that I could solder them without pieces falling.

Once I’d finished the skeleton, I wrapped extra portions of solder around the joints for stability.

With the skeletons complete, I’m at the stage of laying on strips of tinfoil to flesh out the insects.

During this process, I’ve taken a liking to the contrast between the thick sections of tinfoil, and the thin exposed paperclips. I’m not sure if this is the exact aesthetic I want for the final product, but it’s the space I’m exploring at the moment.