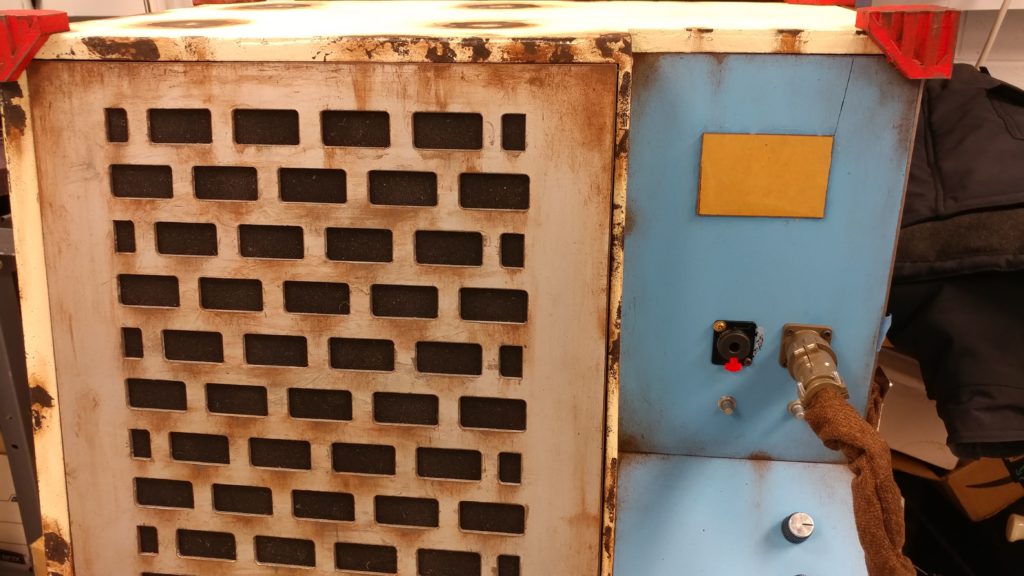 Why and what next

To get you up to speed, I managed to put together and otherwise ruin two perfectly good combo bass amps. The electronics were fried after I attempted to wire them up with the switches and pots relocated to the front of the new cabinets.

I designed these amps to fit a Star Wars aesthetic. I wanted to explore the art of prop design, but I was not interested in rebuilding something that had already been included in the Star Wars universe. The idea of converting something with real-world utility into something that serves a fake purpose in the SWU satisfied my usual design ethos. I have built other items that had Star Wars theming but were either never meant to function (a blaster), or were not meant to seem like they actually came from the movies (a bicycle with ape-hanger handlebars).

The art director for this project, Jared, had never before attempted artificial aging, but I felt it was critical to the “history” of this device that it tells more than just my own devised story. Having Jared add weathering and damage gave this amp a more realistic appearance. Moving forward, I would have practiced some of these techniques at full scale without doing so on the amps first.

I would also redesign the build to account for the vibrations. I believe, if I ever get these working again, I will experience shaking or even removal of some parts due to the vibrations coming from the speakers. I am very pleased with the look of these amps, and I do think they are built like tanks (they weigh as much). I had originally intended to build a box on the top for a collection of bass pedals, so that will be the next thing I create for this build.