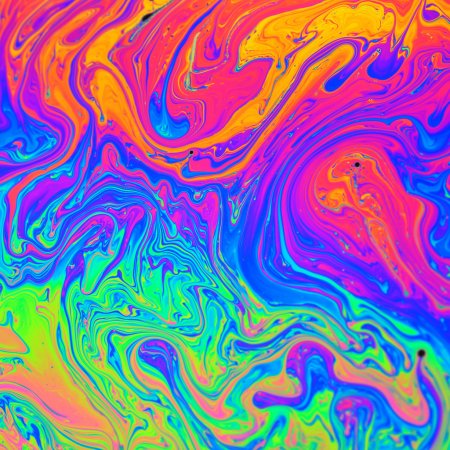 Psychedelia is defined as the music, culture, or art based on the experiences produced by psychedelic drugs. The first origin of psychedelics is unknown, although the use of plants such as peyote cacti and “magic mushrooms” have been a part of traditional religion and medicine for centuries due to their ability to promote physical and mental healing. The psychoactive effects of LSD (Lysergic acid diethylamide) were first discovered by Albert Hoffman in 1943, gaining momentum alongside the publication of “The Doors of Perception,” by Aldous Huxley in 1954 (rumored to be the inspiration for the name of the band, “The Doors”). Although psychedelic research grew increasingly controversial in the following years, the monumental social revolutions of the 1960s and 70s were undoubtedly influenced by the accessibility of LSD. Environmentalism, Civil Rights, Feminism, anti-war protests, and the rising sexual revolution were all driven by the spirit of youth and the altering views of legal righteousness – a clear motivation for the use of psychedelic substances.

Psychedelia as an aesthetic has grown to have many forms. Simply defined, this aesthetic is inspired by the visualizations users experience on psychedelic drugs. Aldous Huxley wrote, in “The Doors of Perception,”

“That humanity at large will ever be able to dispense with Artificial Paradises seems very unlikely. Most men and women lead lives at the worst so painful, at the best so monotonous, poor and limited that the urge to escape, the longing to transcend themselves if only for a few moments, is and has always been one of the principal appetites of the soul.”

One of the most recognizable symbols of the 1960 and 70s period is tie-dye clothing. Bright colors in swirls; a form of “DIY” fashion; a “trippy” rainbow visualization—these are all key attributes of “hippy” and “psychedelic” culture. This colorful, rich symbol could be an Artificial Paradise that Huxley is referring to. Many aesthetics of psychedelia seek to achieve just this: reaching beyond the monotony of daily life in search of a richer, more wholistic experience. The tie-dye symbol may even be considered transcending in itself.

Further inspired by the physical tie-dye, art consisting of color swirls and melting-like patterns may be seen in all areas of psychedelic culture. Popular bands in this era such as the Beatles, Jimi Hendrix, and others came out with album artwork depicting these types of visualizations. Bright colors, careful blending, and a general shift from the tangible, traditional notion of “making sense” may be observed in the corresponding musical pieces of these artworks as well. This genre of music has since coined the name of Experimental Psychedelic Rock, continuing to influence modern artists such as Ty Segall and King Gizzard and the Wizard Lizard.

Film has also played a role in depicting the psychedelic aesthetic. Even children’s movies, such as Disney’s Alice in Wonderland depict colorful, natural scenery mixed with wavy, off-kilter characters and environments. On a darker side of psychedelia, Stanley Kubrick’s “A Clockwork Orange” depicts bright orange, futurist cinematography along a plot exploring the road to insanity. Sadly, this can prove to be the final destination for those experimenting with the fine line between drug use and drug abuse.

For better or for worse, against or in line with the Law, the use of psychedelics will likely continue for generations to come. However, wherever you sit on the side of such a historical controversy, the beauty of the psychedelic aesthetic is undoubtedly prominent and can be appreciated for what it is worth. As any other aesthetic, its value is left to the observer.