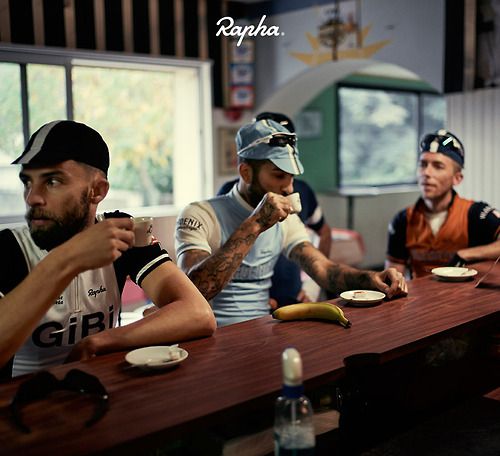 We live in Boulder, Colorado, so I am sure we have all seen (or are) a road biker, or “roadie.”

Before you begin reading about the aesthetic I chose, I would like to challenge you to sketch a bicycle without looking at a picture or anything for reference. Very few people can draw an accurate depiction of a bike from memory. Fun fact.

It all started in 1870 when the first all-metal, high-wheel bicycle appeared. This is the bike with the huge wheel in the front and the small one in the back. Obviously, being 4 to 5 feet high on this bicycle was a safety concern. Eighteen years later, an Irishman named John Dunlop (yes, the same Dunlop tires you know today started in 1888!) re-invented the pneumatic tire and the bicycle wheels became smaller. This led to bikes being more widely used. However, from 1900 to 1910 the popularity of bicycles dropped in the United States when automobiles gained popularity. Meanwhile, in 1904, the Tour de France started and cycling as a sport quickly gained popularity in European countries. Around 1960’s, cycling popularity began to increase in the United States due to the clear health benefits and it escalated to the popularity we know today. But let’s talk about what a “roadie” looks like.

When one says “roadie” (aka road cyclist), a clear image pops in one’s head. This image is the classic Tour de France road racer look. Traits that usually surround a road cyclist are:

This one is a DIY aero helmet, one of a kind. Image obtained from bikeroar.com

“Shaving will make you faster.” Image obtained from bikeradar.com

What to look for to spot a “roadie.” Image obtained from theplusboutique.blogspot.com

Espresso yourself. Image obtained from nitipstore.com

Team Sky with a celebratory beer. Image obtained from welovecycling.com

VIDEO! PLEASE WATCH! I think it is really funny.

This video does a fantastic job at explaining “How to be a road biker.” Enjoy! (the link will take you to the YouTube video)