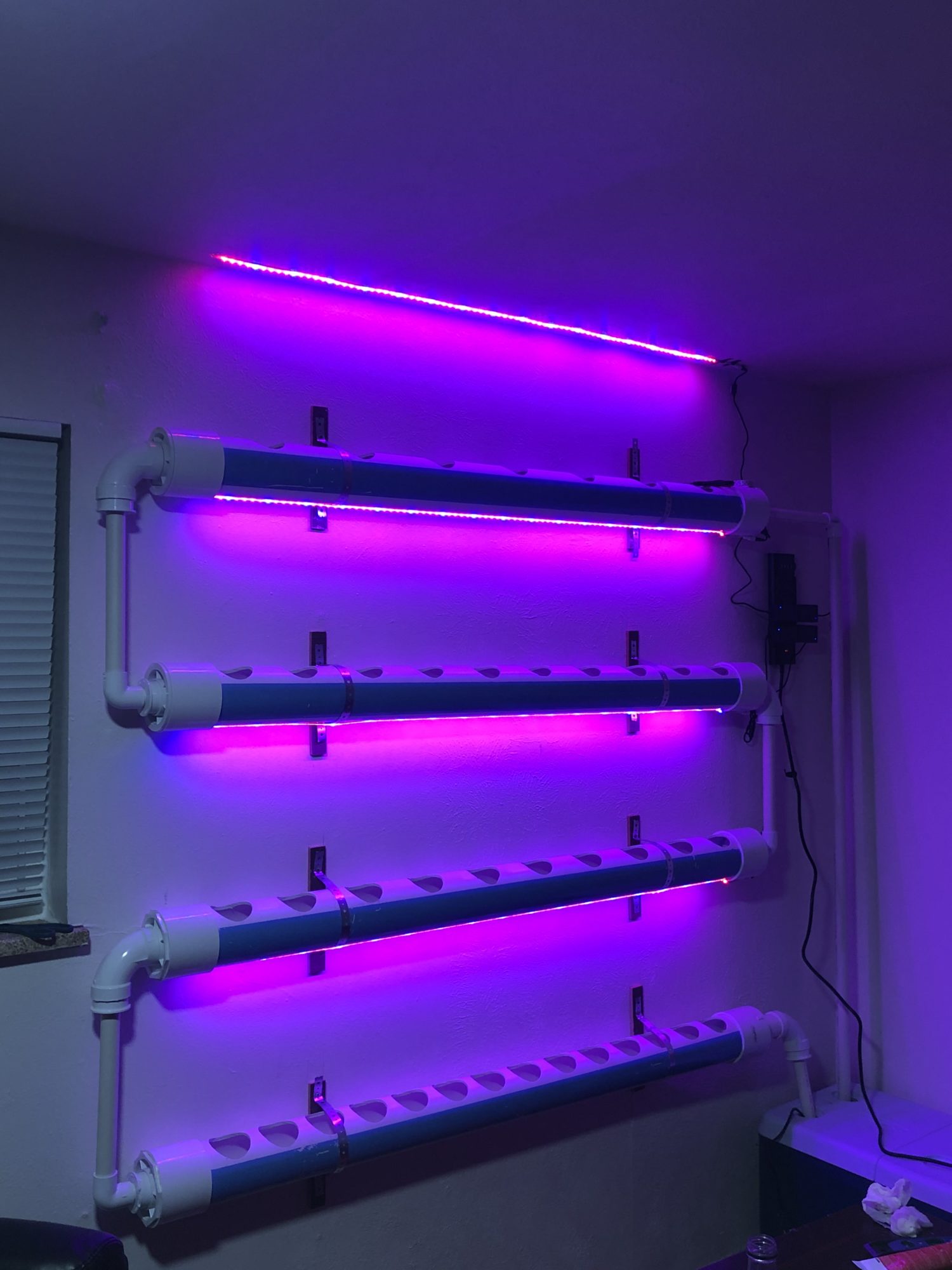 After the Covid crisis started, I transitioned my project from the drink maker to a hydroponic garden. I wanted to make this system without relying to many ordered parts, and also keeping it cheap. There were many aspects to get working: The piping, the mounting, the pump, and the lights.

For the main structure of the system, I used 4″ PVC pipe. In retrospect I could have used 3″ but originally I was worried about the size of the cups I was going to use. The first step after acquiring all the pipes from home depot was to drill all the holes. I ended up drilling 37 4″ holes in a round surface which was a huge pain and left me with PVC shavings all over my front yard… After cleaning up, The next step was mounting these on the walls.

I used a stud finder on my wall to determine 2 studs that were far enough away from each other that could be used for mounting points. The measuring had to be very accurate to make sure all of the pipes lined up and were level. I took a small board with some metal straps. This way I wasn’t relying on the drywall for support. The connections between each pipe uses a 4″ to 2″ adapter, then a 2″ to 1″ which goes to an elbow back to the next rack.

The next step was the container that was going to be the basin that the pump sat in. We had a cooler sitting around so I drilled 2 holes in the top, one for the output and another for the return tube. Then I hooked up the pipe to the pump that went to the top, and put the return tube from the last level down into the cooler.

After I checked that that system worked, I set finished setting up the lights. I used simply LED strip lights from amazon that have 4 red lights and 1 blue light. This is because in their vegetative state plants use red light, and in their flowering stage they use blue light.

The final step was seeding. I went to a nursery and picked out a wide array of seeds including arugula, sage, basil, cilantro, parsley, and even some shishito peppers. The seeds were placed into rock wool (which is molten rock spun into a cotton-candy like consistency). The bottom of the rock wool blocks sits just below the water line and will absorb the water and deliver it to the plant.

Now all there is left to do is wait!