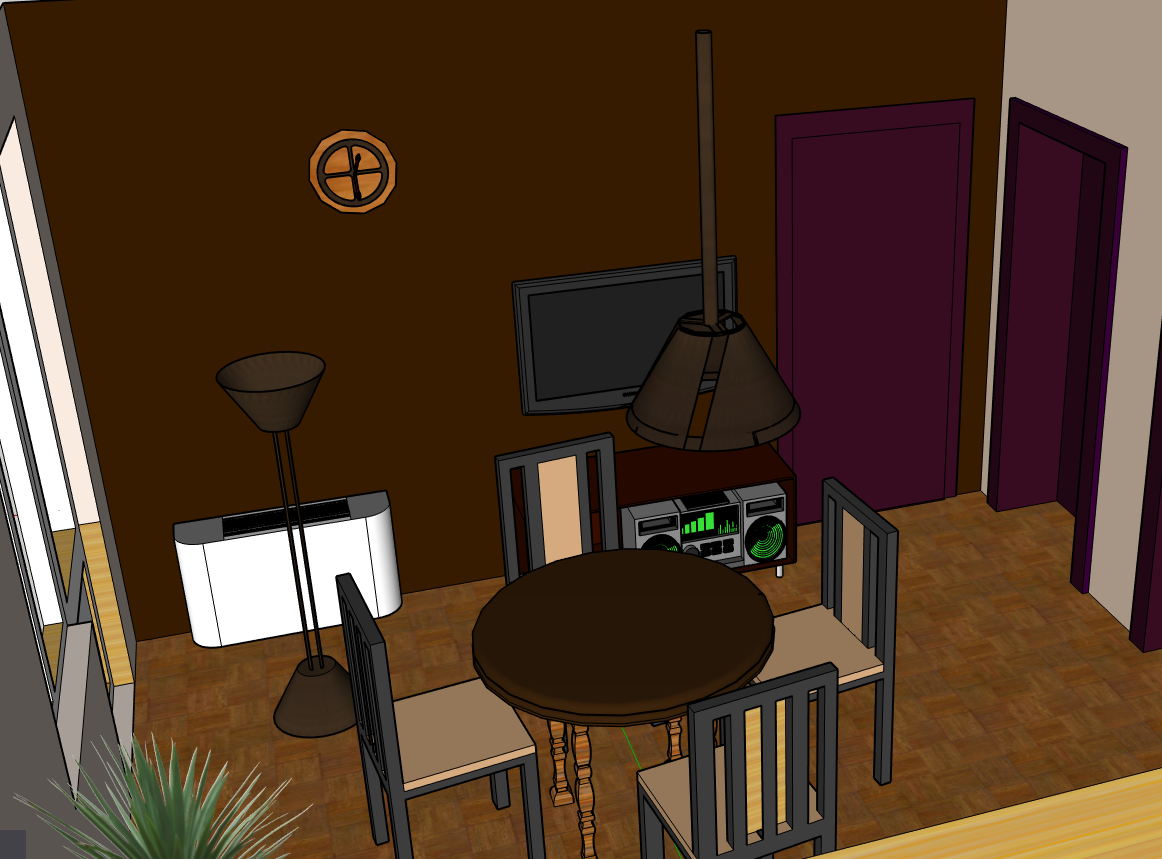 I initially had the following timeline in mind for my fabrication:

After COVID hit, I realized that I would not be able to fabricate my project in any way that would look half decent as I was relying heavily on the lathe and laser cutter, and my family have nothing more than a basic toolbox at home.

I have a couple of friends that are really talented 3D modelers, so I took inspiration from them and decided to turn in a render as my final deliverable. With their assistance, I improved my Rhino skills greatly, and iterated on my designs.

My friends aren’t particularly well versed in rendering, and it wasn’t something I saw in the work trade, so I decided to teach myself with some online materials. I eventually ended up rendering my project in three different softwares: Rhino, Fusion 360, and Sketchup

Rendering in Rhino was the easiest of the three for me. If you already made your piece in rhino, getting a rendering simply consists of changing the material on the object. I liked the way that Rhino represented wood grain better than the other two programs, but it wasn’t the most realistic rendering all things considered.

Fusion 360 allowed actual rendering in comparison to the other two programs, which simply applied textures. I also spent some time figuring out how to make a ‘lightbulb’ of sorts to showcase how light would pour out of the lamps. The UI required a bit of a learning curve, but I’m glad I spent the time learning how to use it.

Sketchup probably had the worst looking rendering of all of the programs, but it allowed me to easily import a room to showcase my project in. Sketchup put lines through my files, which was annoying and hurt the visuals, but being able to see my projects to scale in a room with modernist furniture helped me visualize my designs quite a bit.

In the end, I’m not supremely proud of my final product, but I’m glad for the things I learned while making it. Rhino and Fusion 360 are very big in the art and design world, so this class, and the shutdown, gave me a great excuse to learn them better. I would have liked to spend that time learning to laser cut and use a lathe, but I think I made the best out of the circumstances. I think that I achieved my aesthetic goals, particularly with the clock.