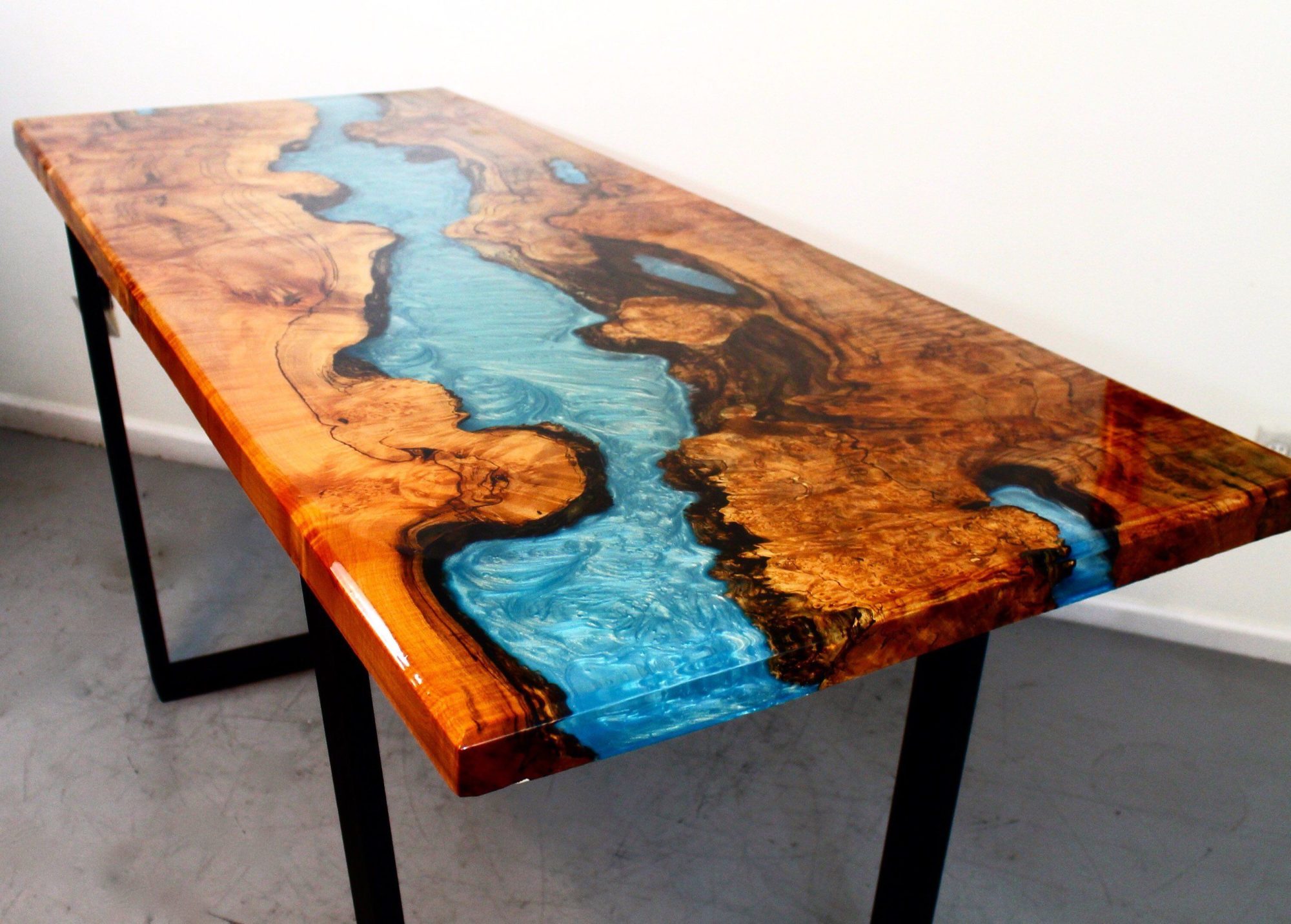 After I poured the resin and went over it with a heat gun, I let it cure overnight.  I came outside the next morning and almost cried as I saw cracks formed in the resin.  The issue that I did not think about is that the resin needed to be cured in room temperature, where I cured it in much colder temperatures.  As it hardened in the cold, the resin became much less forgiving much quicker which resulted in the cracks.  Everything was going smoothly until the end, I was very upset.

There were three main challenges that I faced during this project.  The first challenge I had was making the mold.  I did not have access to any sawing power tools, I usually rent from home depot but their rental service was closed, which I am pretty sure is not the case in Colorado, but in California it was all closed down.  I used a hand saw, it was dreadful but I got a good workout, so that’s a plus.  The second challenge I faced was mixing the resin.  The resin came in two parts, the resin itself and the resin hardener.  You mix them in a 1:1 ratio before you pour and the resin portion is very viscous, so when I went to mix a large amount, it took a lot of effort.  Finally, the last challenge was removing the mold.  I used silicone spray to coat the mold before I poured the resin in order for the resin not to stick during removal.  I should have used duct tape which just peels of and creates a more uniform separation, the silicone spray did not help whatsoever when taking the mold apart.

My first lesson is what I just mentioned, to use duct tape instead of silicone spray.  The second lesson learned is to make sure you know what you are doing before you do it pretty much.  I should have doubled checked to see the curing temperature was room temperature and cured it in the appropriate environment, instead my table is ruined.  The third lesson s to make sure all the materials are accounted for before starting.  I would find myself ordering things online after only later realizing that I needed it which further postponed my project process.

I definitely don’t want to give up on this project. The wood is totally salvageable and the resin cracked around the wood which makes it easy to remove.  Ideally I would retry this project but create a more traditional river table instead.  I could also recycle the broken resin and place it into my next resin pour so I don’t have to use as much resin.