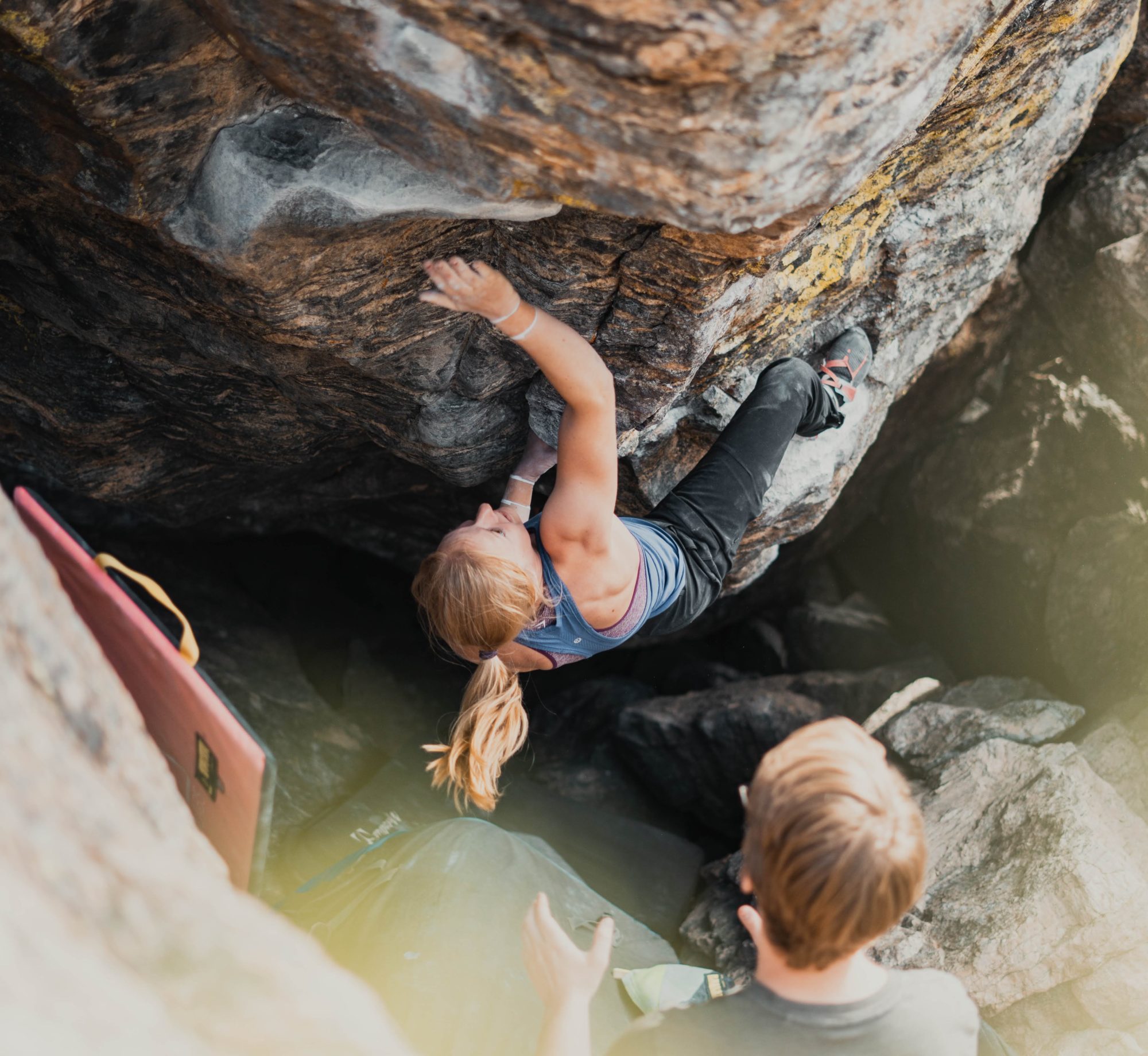 Rock climbing is a sport that depends on a rather beautiful balance between extreme full-body strength and flowy, delicate technique and creativity. I believe that it is the sport itself, and the movement that it creates, combined with the incredible breathtaking natural settings that it brings its athletes to that create the overall aesthetic.

The aesthetic of rock climbing first gained traction in the 70’s, with the emergence of hippie culture and the growth of a community of climbers in Yosemite. These people first established the aesthetic as very tied to hippie culture, a lifestyle dedicated to ditching societal norms to in part become more in tune with nature, but also to live without rules and party. As described by Dean Fidelman, one of the original crew to flock to Yosemite, the aesthetic was in part about the way they dressed and acted, but also very much tied to the way that they moved on the wall. He says, “All of us were aware of what was going on in surfing and we all thought that those guys were bitchin’, you know. They had style. They had the style, and that’s what we started bringing to climbing—a certain style. And it first started with the clothes—the white painter pants and the chalk bag and then the headband. It also went to the way you climbed. You climbed super smooth, but when there was a big hold, you’d hang on it. You know, you’d show how strong you were and how fluid you were.” (Zaleksi 2016).

While climbing still has many ties to hippie culture, it more so is an overarching theme of counter-culture, as it also draws strong parallels to skate culture, skiing, surfing, and other similar adrenaline-driven extreme sports. These days, this can be seen through the popularity of climbing media such as Mellow Climbing, who are famous for posting “uncut” footage of difficult, aesthetic, climbing and have a clothing brand that takes a strong influence from skate culture.

There are many smaller interesting aspects that play into the aesthetic of climbing that most people wouldn’t usually consider. Some examples of those can be anything from the rock quality, to the type of rock, or even the name of the climb (think aesthetic names such as ‘Midnight Lightning’, ‘Burden of Dreams’, ‘Sleepwalker’, ‘Jade’). The rock quality and the type of rock has a huge impact on the notoriety or level of respect that the climb gets, and generally has to do with the aesthetic of the look of the rock. And that looks very different for different types of rock. For example, the highest quality rock of Red Rock Canyon, Nevada is sandstone that is often bright red rock with ripples that create interesting natural movement; this is a very different look to the sandstone that can be found in Joe’s Valley Utah, which is smooth and has swirls of black, grey, and tan and full of natural pockets. The aesthetic feels much cooler than that of the Nevada desert. Much different than either of those is the aesthetic that comes with the granite in the setting of the Pacific Northwest; which feels much cooler and serene; as the climbs appear through breaks in deep foliage and heavy moss. The photos taken of these various rock types often exaggerate the different feels in aesthetics that I’ve described (see below).

There is also now a strong sub-culture of climbing that focuses heavily on creativity and movement; this is indoor rock climbing. At its highest level, the people who create the routes at indoor gyms, “routesetters”, are considered very talented artists. The aesthetic of the art is often based on the simplicity of the way the holds are placed on the wall to create complex, difficult movement. In the photo below, you can see an example of the aesthetic of the complex movement created by indoor climbing that showcases both the strength and graceful technical skill of the climber on the wall.

This idea of route setting as an art and form of self-expression is very new, and the aesthetic of it is constantly changing, and has evolved exponentially especially in the last 10 years. Below, you can see a comparison of the older, more classic-style route setting to new-age, modern, route setting; which is much more aesthetically pleasing. The aesthetic of modern indoor route setting is simplistic, and clean. The colors are very vibrant and the holds are unique. It is interesting that this is the direction that the art has taken; as it seems to be going further away from mocking nature with the look of it, and more towards something completely different and new. The advancement of the sport and mindset of route setting as an artform can definitely be seen through the increased care and creativity involved in the choice of holds, the placement of them on the wall, and the movement that they create has become a very respected art form.

While indoor rock-climbing has become increasingly popular, the consensus in the community is still generally that outdoor climbing will always be the most respected aspect of the culture, as the purity of it all creates an aesthetic that does not compare to climbing indoors. I think it is interesting to consider both the visual aesthetic of outdoor climbing and the sort of physical aesthetic that comes with the movement. The two play into each other well, as the climbs that are most desirable for those in the community to do have both the aspect of a visual aesthetic of quality rock in beautiful landscape and aesthetic movement that while difficult for the climbing, creates a sort of satisfying movement aesthetic.