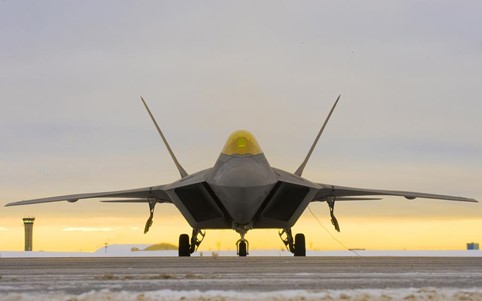 The Aesthetics of Aviation

Picture this, you are hiking up to Sky Pond in Rocky Mountain National Park. As you crest the ridge line and the lake comes into view, you catch a red tail hawk, soaring effortlessly through the peaks and troughs of the exposed ridgeline above you before it delicately sets down across the glassy water on a distant rock. Aviation is beautiful. For me, this image evokes awe and maybe a bit of jealousy that nature could create such a perfect and elegant mechanism of flight. Us non winged creatures have long envied our avian friends and built for ourselves beautiful machines that help us simulate their awe-inspiring capabilities.  Aviation holds within its bounds perhaps one of the most elegant balances between functionality and aesthetics. In this post I will explore the development of the aesthetics and design of the miracle that is human flight.

It could reasonably be argued that the aesthetic of aviation was created by mother nature. But for the purposes of the human breed of aviation we will say that the aesthetic was collaboratively created by nature and by man. In the 15th century Leonardo da Vinci produced some of the first drawings of flying machines, quite clearly drawing inspiration from the shapes and structures that define nature’s flying creatures. The aesthetic established by his interpretation of nature has transcended time and inspired the design of aircraft for centuries. Even today some of these aesthetic characteristics such as long swept wings, and light weight frames can be found in our most advanced aircraft.

One of Leonardo da Vinci’s early drawings of a flying machine compared to a swallow.

Over the years the aesthetic of aviation has continued to develop. Since the Wright brothers made the first powered flight in 1903, over a century of designers have drawn from nature and from functional necessity to create beautiful and highly capable pieces of engineering. Early on, much of the aesthetic development was driven by military necessity. As aircraft were needed to fly longer distances and carry larger loads,  their designs employed long aerodynamic wings and robust frames similar to those of nature’s largest birds.

A B-36 with its 230 foot wingspan compared to a Great Blue Heron with its wings outstretched.

Then aircraft were required to fly fast and be highly maneuverable and stealthy. This inspired short swept wings and aggressively aerodynamic shapes, reminiscent of a peregrine falcon in a dive. Large players like Glenn Martin and William Boeing pushed the boundaries of early flight and started companies that would set performance and aesthetic standards for all of modern aviation. Companies like Boeing and Lockheed Martin in many ways perpetuated the aesthetic that da Vinci and nature co-created- but also extended it to create the sleek and stealthy shapes that we find in modern aircraft.

All this is to say that the aesthetic of aircraft design evokes an emotion, similar to what you might have felt imagining that red tail soaring over the crisp peaks of sky pond. For me the emotion is almost primal. The same feeling of instinctive envy I feel for a bird that can so effortlessly take to the sky, I feel when I stare down the face of an F-22 as it sits at the ready on a flight line. That same feeling of distinct awe I feel watching a great blue heron stretch is massive wings and take flight, I feel when I sit in the airport and watch the 589 ton A-380 impossibly lift off the runway and retreat from view.

A US- Air Force F-22 Raptor parked on the tarmac

Aviation has a distinct aesthetic.  It is one of nature, one of function, and one of beauty. As a private pilot and soon to be Euro-NATO Joint Jet Pilot Training attendee, perhaps I am biased. But to me, there is no aesthetic, or anything in this world more beautiful than flight.