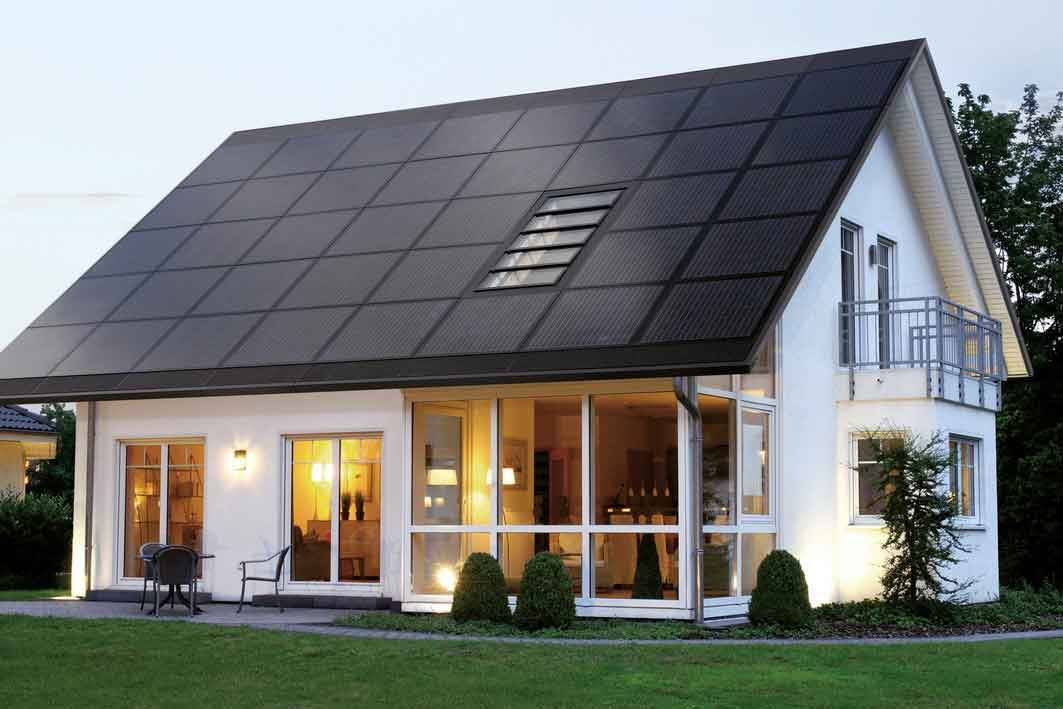 Solar cells have been a topic of interest since the photovoltaic effect was first discovered in 1839 by Edmond Becquerel a French physicist. Nowadays the world witnesses solar power plants and solar farms addressing large energy requirements in many places. One of the recent application of solar panels has found its way to the rooftop of the suburban household.

Having a solar panel covering the roof has become a style statement for some people. To them, it not only shows that they are environmentally friendly but proves that they are smart. If someone is investing in covering their rooftops with a techie decal it is understandable that they would want it to either blend in with the facade or not look weird. This is the reason why the aesthetics of solar panels has become one of the primary selling points for solar panel companies.

The early days of solar panel installation on rooftops were not very exciting which was a reason for bad business in this field(shown below).

As better technology found its way in this field the panels were made thinner and also wireless with colours and patterns different than the generic blue-white pattern(as shown below).

The aesthetics of solar panels has improved due to advancement in manufacturing techniques which was fueled by the demand of better-looking panels on the roof of the “smart” people. Now thanks to advancements in photovoltaic technology the solar panels are not only more efficient but also futuristic looking(as shown below).

Design influenced by demand can lead to continued improvements in this sector as far as aesthetic is concerned. It is quite possible that the aesthetic of solar panels will be the sole reason for business for many of the common folk in the society just wanting a return of investment on a good looking roof.