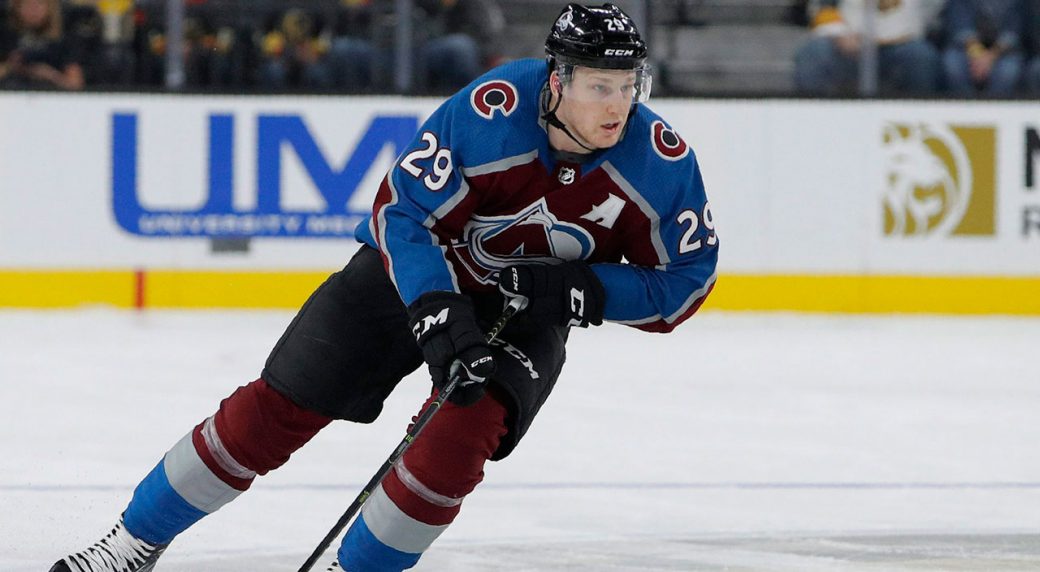 Defining an aesthetic can sometimes be challenging. Especially when trying to describe a sport. With something as broad as sports, hockey included, defining one individual player’s aesthetic makes it a bit easier to define a sport’s aesthetic since there is so much individuality in the world of sports. For hockey specifically, one player comes to mind in today’s NHL (National Hockey League). Nathan MacKinnon.

Nathan MacKinnon currently plays for the Colorado Avalanche and has been since he was drafted first overall in the 2013 NHL draft. Before he was playing in the NHL, MacKinnon played in the Quebec Major Junior Hockey League (QMJHL) for the Halifax Mooseheads in Halifax, Nova Scotia. In the QMJHL, MacKinnon dominated his competition with raw power and skill which then caught the eye of the Avalanche’s head coach at the time, Patrick Roy. This is where Nathan MacKinnon’s journey to becoming a superstar in the NHL began.

To fully understand how Nathan MacKinnon became the player he is today, one must first travel back in time to his childhood where he grew up in a town called Cole Harbour, Nova Scotia. MacKinnon is not the only NHL player to come out of Cole Harbour however. MacKinnon’s idol, Sidney Crosby also grew up there and paved the way for MacKinnon’s current success. Even though MacKinnon grew up idolizing Crosby, the two are now really good friends and often train together during the offseason. Crosby’s leadership and influence on the game of hockey has been one of the many factors that has helped shape Nathan MacKinnon’s aesthetic.

Yes, MacKinnon’s relationship with Sidney Crosby has had an influence on his development, but this dynamic trait that MacKinnon possesses influences his teammates around him along with the league as a whole. More specifically his line-mates, Mikko Rantanen and Gabriel Landeskog. These three players were all drafted by the Colorado Avalanche, and have all developed in the Avalanche’s system. Today, these three players make up one of what is considered one of the top lines in the NHL. The raw power and skill that MacKinnon has compliments Rantanen’s finesse with Landeskog’s grit and tenacity.

Oftentimes when MacKinnon is on the ice, the crowd at the Pepsi Center (now Ball Arena) is on the edge of their seats as they watch MacKinnon soar around the ice in hopes that he is going to do something amazing. Many times those who purchased tickets to the game are treated with the sound of the goal horn ringing as MacKinnon has just done something spectacular most likely. Whether it be how he works his way around all of the opposing team’s players and scores top corner, or how he manhandles one of the opposing team’s players and finds a teammate for an easy goal. If  you have watched the Avalanche these past couple seasons it sometimes seems as if everyone in the arena, opposing team included, is watching what he could possibly do. This dominance that MacKinnon possesses has the Avalanche poised at making a run for their third Stanley Cup in franchise history. Will MacKinnon be on the Avalanche’s Mount Rushmore of most impactful players like Joe Sakic? Only time will tell.

Images in order of appearance: