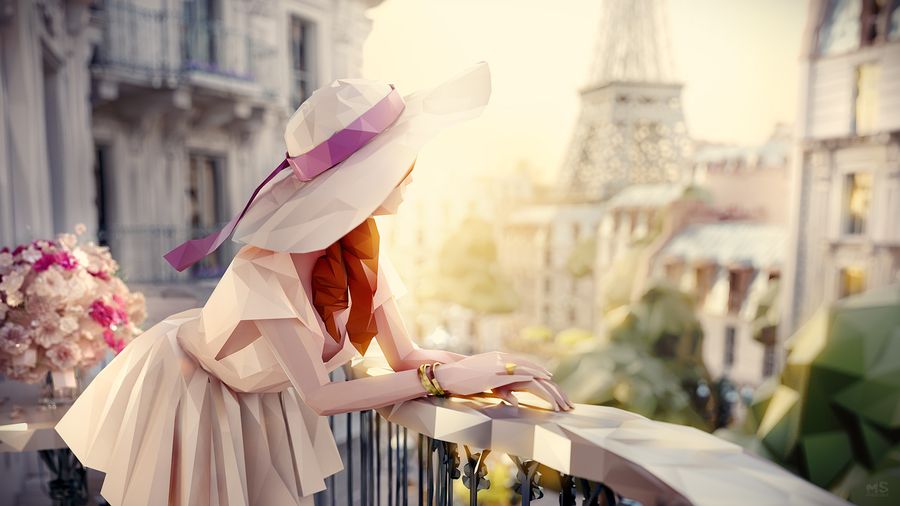 Low Poly is an interesting and somewhat complex aesthetic with a multi-faceted, if short history that continues to this day.    So what is low poly exactly?  The key tenants of the low poly aesthetic are the geometric subdivision of the scene into triangles and the use of flat shading.  It is very similar if not the spiritual successor to earlier formalistic styles of art in that the focus is on the form, lighting and texture.

The origins of the low poly aesthetic were surprisingly, not artistic in nature, but instead stemmed from technological limitations.  Early 3D videogame videogame technology could not support the rendering of a large number of polygons for models and were limited to a low poly, almost blocky models.  However, as technology improved, this limitation was removed and around 2013, it became and aesthetic choice for game designers to maintain low poly graphics.  By utilizing the low poly aesthetic these games exhibit very surreal, clean feeling scenes that are visually stunning in their simplicity.

What is most interesting for me about the low poly aesthetic, is its evolution into the 2D setting and the subtle differences that came of it.  For the 3D setting, such as in videogames, the flat shading is a product of the model’s geometry and a simulated light source.  If the models were to be manufactured, they would be visually the same as in the game.  When applied to the 2D setting, the low poly aesthetic looses that limitation.  The artist can instead alter the hue of each triangle individually and alter more dramatically the size and shape of each facet without worry of the image looking bad from another angle.  This to me, is where the low poly aesthetic really shines.