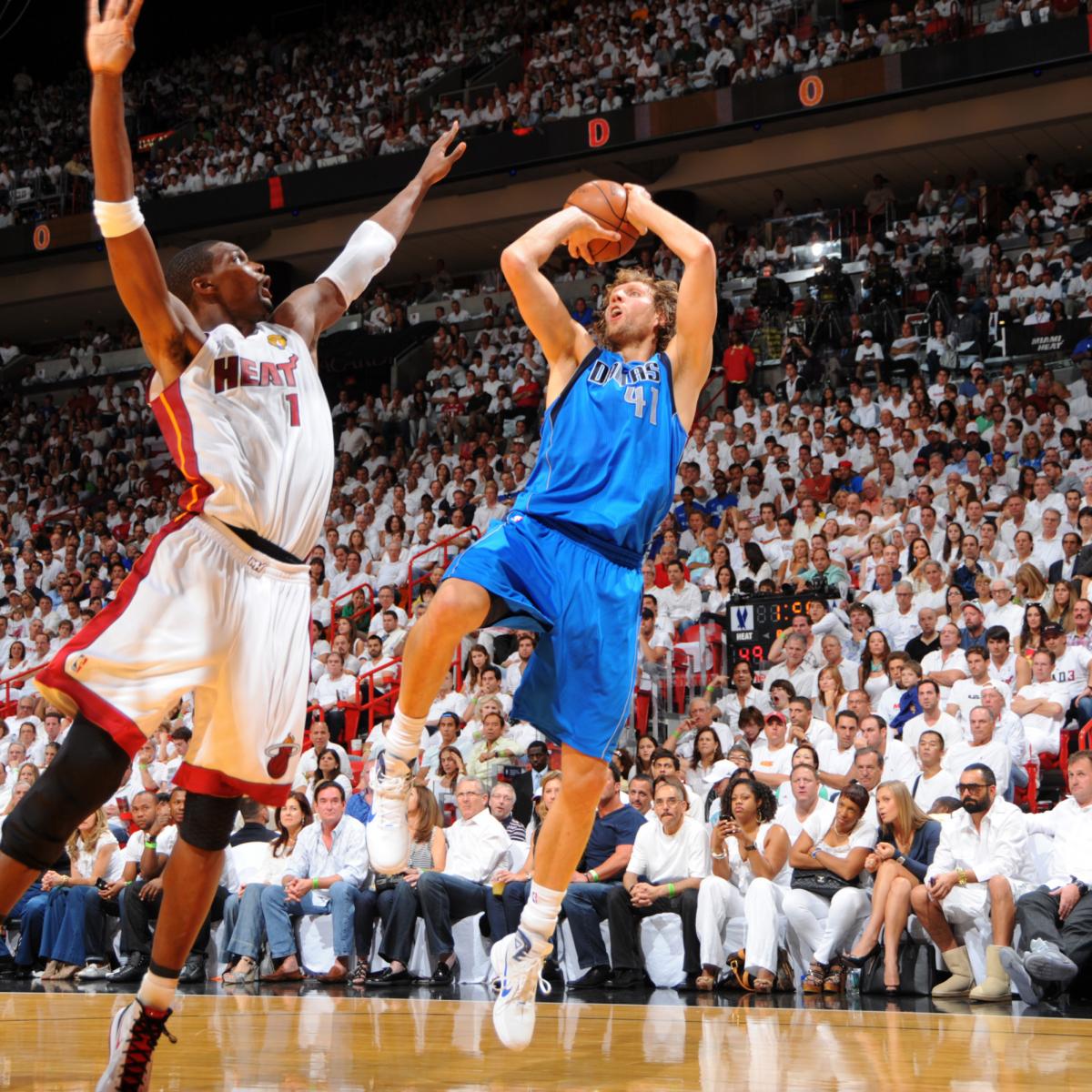 The word “aesthetic”  doesn’t come up often when people describe a sport or an athlete. But I think Dirk Nowitzki has one of the most beautiful and artistic fadeaway the NBA has ever seen. Not only that, Dirk’s playstyle is so unique and effective that he has received countless recognition and praises from his peers and fans.

Dirk was truly a one of a kind player. He was a 7 footer with the ability to shoot from anywhere on the floor and can score the basketball so effortlessly that he gave many of his opponents nightmares. Dirk has literally changed the game because in today’s NBA, 3 point shooting big men has become the norm for most teams in the league, something that rarely exist back in the 70s and 80s.

People say practice makes perfect, and that is especially true for Dirk Nowitzki. Dirk was one of the most hard working player in the NBA. When he was still playing in the NBA, Dirk spent hours in the gym everyday working on his jump-shot, and post move, which helped him create an unstoppable fadeaway that we saw. Till this day, many NBA players still try to imitate this move, which was called the “Dirk one legged fadeaway”, because of how effective it is.

Dirk played for one team his entire career, the Dallas Mavericks, and refuse to leave no matter how many times they failed to win a championship. Dirk came to Dallas from Germany when he was only 18. He called Dallas his second home and had nothing but love for the city. After the disappointing loss in the finals to the Miami heat in 2006, Dirk and the Mavs got their second chance at an NBA championship in 2011 when they yet again went up against the Miami Heat.

This time, however, Dirk led the Mavs to a resounding 4-2 victory, which brings them their first ever title in Franchise history. This series is still being regarded as one of the best finals series in NBA history, and it has solidified Dirk Nowitzki as one of the best player ever in the NBA. If there’s one lesson that I learned from watching Dirk, it’s that hard work pays off.