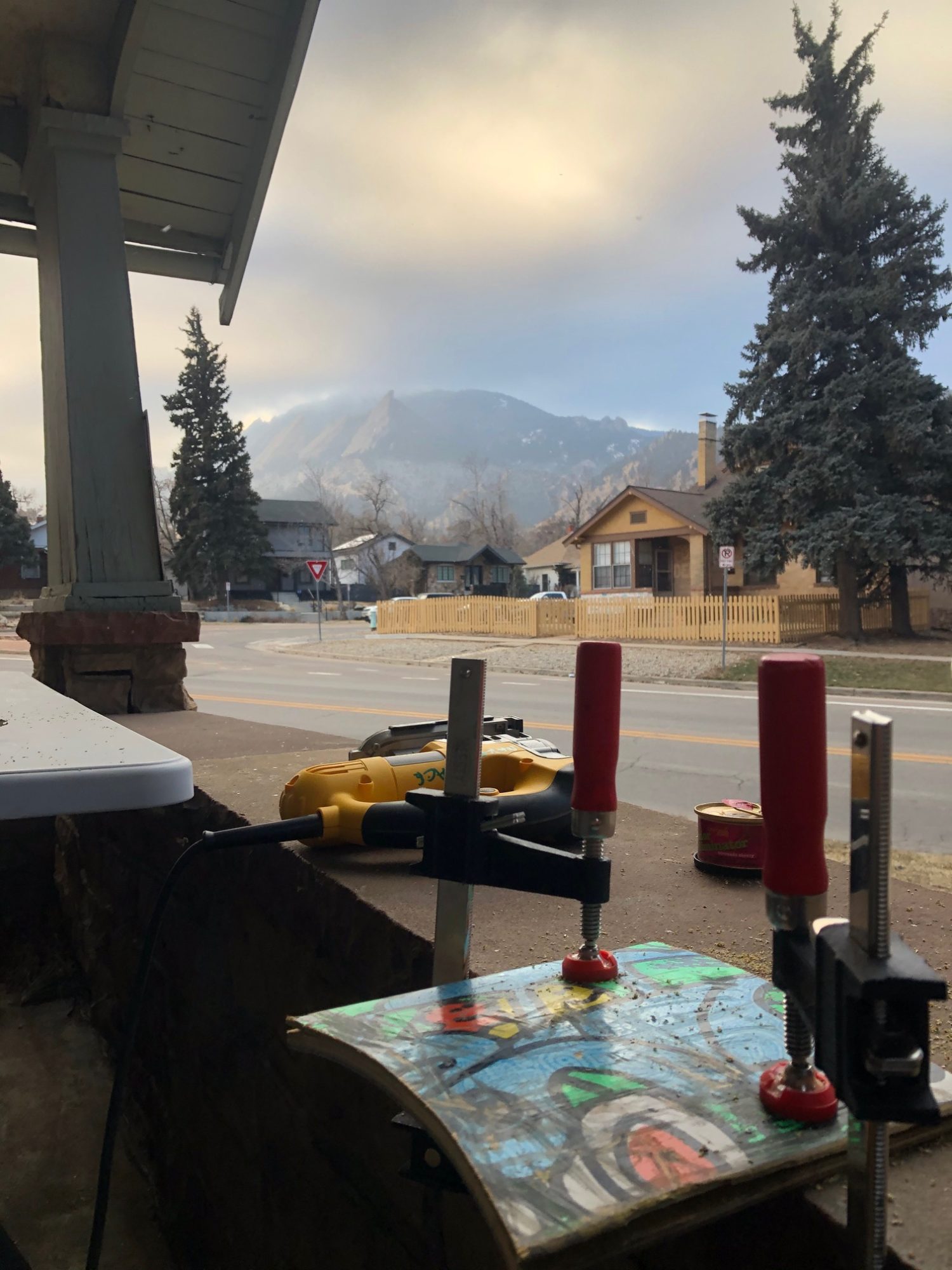 The Lamp is coming along very well! Following the initial sketches I made, I went ahead and took measurements of the board and my lamp frame to get a better sense of how the slats would be made. From here I made a template of one of the slats with a slight curve. I feel the curves will give it a more mid century modern look as this was something I saw in a lot of my research. I also notice darker wood, which my board doesn’t have, so I might have to look into staining or lacquer. See below for photos of the measurements.

From there I cut the ends off the board (see below) where the board tilts up, so I would be working with only flat pieces. I used the template to draw on my pattern and began cutting using a jigsaw. The pieces came out well but I did notice the plywood coming apart in some spots. I do have room to cut back if needed, so hopefully this doesn’t cause problems going forward.

I then began sanding the pieces and taking off the paint (so sad). This is currently ongoing and looks like it  might take a while.  The wood underneath looks very good, and so I’m happy so far with how its turning out (see below).

Other things that I have gotten recently for the Lamp are two different cloths for diffusing the light. I got some transparency paper that has less texture but diffuses the light really well, and then I got a canvas cloth that has a subtle texture but needs to be double backed for proper diffusion. I haven’t decided on which to use but they both seem like they would work well (see below).

What I have left to do is the following:

I think the best course of action is to figure out how to slide the front panel on first before doing anything else. After that I think the end caps, and then obviously do most of the finishing at the end.

Joshua Greenburghttps://joshuagreenburgportfolio.weebly.com/
Originally from Stamford, Connecticut, I am a passionate maker, designer, and engineer interested in human centered product design. Design methodology and collective intelligence interest me as well and I enjoy collaborating with others to create new things. When I'm not making things with my 3D printer or working on my Graphic Tee-Shirt Design company, I enjoy exploring the outdoors. Rock climbing, Skiing, Biking, Running, Backpacking, Metal detecting, and soccer which are just a few things I love to do.
Previous Post
Rocket Upcycle Progress Update
Next Post
Upcycled Incense Waterfall Update