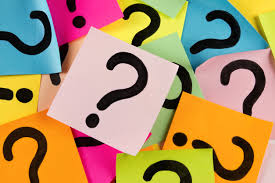 Bottle Opener -or- Folding Chair -or- Something Else

I’m not too sure what I want to do for my final project, but I have a few ideas:

The bottle opener is an idea I had to improve upon the standard lever bottle opener. The idea is that you could grab the top and rip the cap off in a more natural way than just lining up the lever and pulling it. The design would probably feature guards that go around your fingers, and so this could be an area to add in some aesthetic. I’m thinking I could try and make it out of metal, and given the motion is very “grabby”, I think it might be interesting to make it look like tiger claws (or a tiger head). I’m thinking early American tattoo style.

I got inspired by our in class research on round and pointy furniture, and I am considering designing a chair. I don’t think I have room in my house to fit another chair, but a folding chair would probably fit well. It might be cool to make it fold flat so it could also be a decorative piece. I could then paint something on the back which would serve well as a painting or just general decoration. Overall I think the chair would be fairly complex in nature and would pose a challenge for me. If it weren’t enough, maybe I could make multiple chairs with different designs to make a series.

Those are my three ideas (really two). I feel bad that I cant really think of anything substantial, but that’s where I’m at. I’m open to suggestions for new ideas, or even suggestions to add onto or improve my current ideas. I have access to a 3D printer and have a lot of scrap wood that I could utilize.

Joshua Greenburghttps://joshuagreenburgportfolio.weebly.com/
Originally from Stamford, Connecticut, I am a passionate maker, designer, and engineer interested in human centered product design. Design methodology and collective intelligence interest me as well and I enjoy collaborating with others to create new things. When I'm not making things with my 3D printer or working on my Graphic Tee-Shirt Design company, I enjoy exploring the outdoors. Rock climbing, Skiing, Biking, Running, Backpacking, Metal detecting, and soccer which are just a few things I love to do.
Previous Post
Main Project Inspiration
Next Post
Main Project Inspiration and Ideas