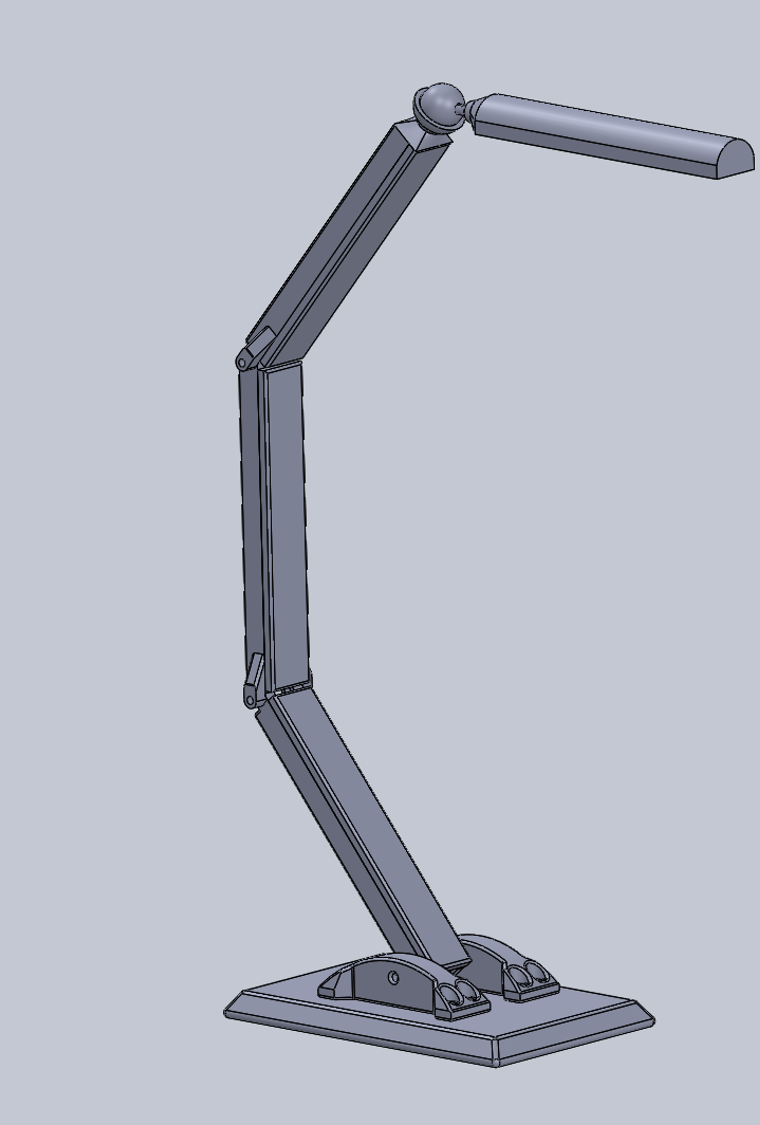 For my final project I will be making a modern / futuristic lamp. I decided on this for my final project because I constantly find myself needing more light when I am working on projects after the sun sets. My initial ideas for the lamp are: sleek modern looking design, capable of extending and articulating in any orientation that need, uses a battery for power and contains LED lights. My initial design of the base of the lamp and joints are in the following picture.

The joints for the middle pieces of the lamp will slide over one another and be tightened by threaded rods that are inserted into the plastic and tightened by a nut or wing nut on the outside of the part. The base of the lamp will be hollow to allow for the storage of the electronics and battery as well as weights that will keep the lamp from tipping over when fully extended. To connect the first piece of the lamp arm I will be using two pillow blocks that will allow for 180 degree rotation while keeping the lamp from moving in a linear motion. For the joint that connects the LED housing of the lamp I want to make a ball joint that will allow the housing to articulate in any direction. This can be seen in the following picture.

Following the Design Preview presentation a great idea was brought up to use a part of a broken lamp that I already have. The part is a bendable metal tube that can be used in place of a ball joint and will also allow the lamp to be oriented in any direction and may also give more freedom in how far the housing can be moved without the constraint of the ball joint.

All of the main parts of the lamp will be 3D printed on my printer except for the threaded rods and nuts used for attaching all of the lamp pieces together. All of the pieces will be hollow to allow for the wiring to pass through and not be seen on the outside of the lamp.

I plan on using a spare Arduino board that I have so that I can program the LEDs to any color that I want and this will also allow a way to the LEDs to run off of a battery.